Is There Really Such Thing as a Mori Lifestyle? 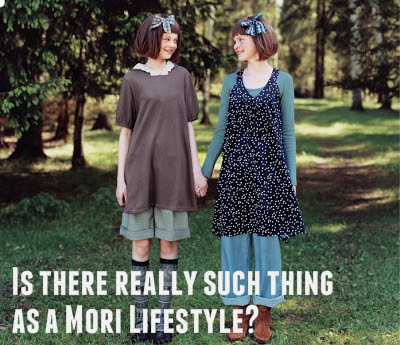 A common discussion amongst mori folk these days seems to be whether or not there is a mori lifestyle. When I first joined the community, I would have been someone who said there was. In fact, I even wrote a blog post about it. But while I still somewhat agree with what I wrote in that post, I now have a slightly different opinion regarding the topic.

I do still believe that there are lifestyle aspects that fit in well with mori kei. Things like loving nature, and enjoying the small things in life. Even some more specific things, like mori-esque music and mori hobbies, like sewing or hiking. Everything I mentioned in my post I still think fits well with mori kei. But even though there are these things that fit into the mori "aesthetic", if you will, they by no means make up requirements for having a "mori lifestyle", nor are they required to even be considered a "mori person".

In my personal opinion, there is no need for a mori lifestyle because mori is a fashion style. And as a fashion style it is meant to be versatile. It's one of my favorite things about mori kei actually. It can bring together many different people, who may or may not the same beliefs, interests, and lives, and gives them a common ground through fashion. And if we look back at the history of mori kei, you can see even there that mori was simply fashion based. Mori kei was created by girls in Japan, who lived mostly in cities, about as far from forests as you can get. They sought a natural sort of fashion style to wear, and it developed around that.

Mori at its core is just a fashion style. Any lifestyle aspects that people wearing this fashion may participate in came around after that fact.

But even as I say this, you should know that I am okay with people who do want to live a mori lifestyle. Don't get me wrong there! I even participate in some things that fit within the mori lifestyle aesthetic, although I don't let it dictate how I live my life by any means. (I already liked those things, or was interested in them, before I ever started wearing mori kei.) But while I may not personally wish to change what I do and don't do to center around my clothing, it's perfectly fine with me if others would like to do so. In fact, when I first started wearing mori, I did want to change things in my life to fit the mori aesthetic. So in my opinion, we shouldn't mock or ridicule others if they say that they are only living a mori lifestyle and not dressing in the fashion, or if they say they live the lifestyle and wear the fashion. However, at the same time, if you claim to be a mori lifestyler, you can't expect people to always agree with whatever you consider to be mori or not. You may have an idea in your head of what a mori lifestyle is, but you have to be aware that it will vary from person to person. And I personally don't see mori ever developing a set "lifestyle", because everyone within the fashion has different ideas, likes, dislikes, and so forth.

(I should also note that if you call yourself a lifestyle mori, you also shouldn't ridicule others who do things that aren't what you consider to be "mori", while wearing the fashion. You have to remember that first and foremost, mori is simply a fashion and nothing more. Anything else that you attach to it is fine, but it's not required for anyone else to do the same.)

Basically what I'm trying to say here is this: yes, mori can have lifestyle elements, and yes, some things do fit better than others with the aesthetic, but that doesn't mean that mori has any set lifestyle elements to it that people have to follow in order to be mori.

So be a lifestyle mori if you want, and rock that! ^v^ Or be a fashion mori if you want, and rock that! :) Or be anything in between!! I just love mori, and I love to see other people loving mori as well, no matter their viewpoints. So hopefully, if you love mori kei, lifestyle or fashion, you'll be happy to see others enjoying it as well in their own unique ways. Whether that is through lifestyle elements, fashion style, or anything in between.

Email ThisBlogThis!Share to TwitterShare to FacebookShare to Pinterest
Labels: lifestyle 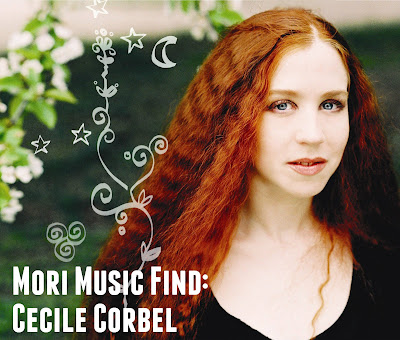 Today's Mori Music Find is Cecile Corbel. Miss Corbel is a French singer, harpist, and composer who has a fairytale-esque style of music. She's quite popular amongst mori circles, and her music is very beautiful. In addition to writing her own music, she also does beautiful renditions of folk songs from many different countries.


Have you heard of Cecile Corbel? If so, how did you like her music? If not, I hope you enjoy! Happy listening!