Today's Mori Music find is a special edition for Christmas! I've compiled some of my favorite Mori-esque Christmas music for those of you celebrating this season.

I've already posted a previous post on Mindy Gledhill, but her lovely Christmas album, Winter Moon, is definitely worth mentioning. The entire album has a very Mori feel, and includes traditional and more modern Christmas songs. As well as a few originals.

Daniela is a singer/songwriter from YouTube who sings mostly covers, with a few originals here and there. She has a very soft and Indie feel, and her Christmas music is no different. Her Christmas album, The Christmas EP, is available on spotify, and iTunes,


Have Yourself a Merry Little Christmas

She and Him is a rather well-known duo, at least in the US, and consists of Zooey Deschanel and M. Ward. Their music has a vintage/indie hybrid sort of feel, so not all of their Christmas album could be considered Mori. But even still, it's should be enjoyable for everybody.


I'll Be Home for Christmas

Kina, much like Daniela, is a YouTube singer/songwriter. She also does mostly covers, as well as a few original. I previously posted about her regular music, but again, she has some lovely Christmas covers that I thought were worth mentioning.

That's Christmas to Me (Pentatonix Cover)

This one isn't specifically Christmas, but is a very wintery song. It's one of my favorites, and I hope you'll enjoy it as well.


A very Merry Christmas to you all, and a happy new year! 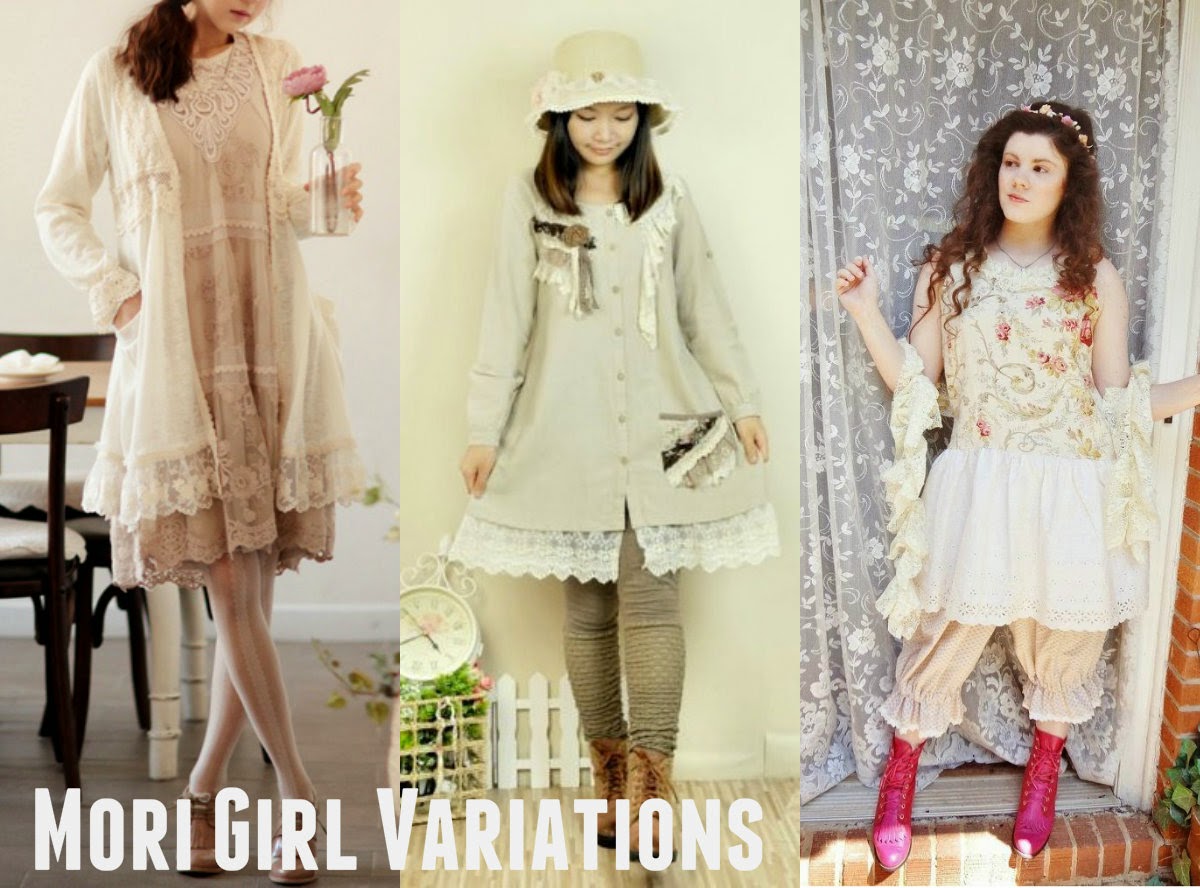 As always, if anyone has any other terms they would like to contribute, or if you make a post of your own ideas, please let me know and I will make a master post to link them all together. And please keep in mind that all these variations have come from my own head, and that they are not officially recognized terms.

This variation is rather hard for me to explain, but I'll try my best!

I basically think of this variation as a smoothed out, no unnecessary frills, kind of Mori. It can border a casual kind of Mori at times, but it still maintains the traditional silhouette. Basically, it's Mori at its minimum. 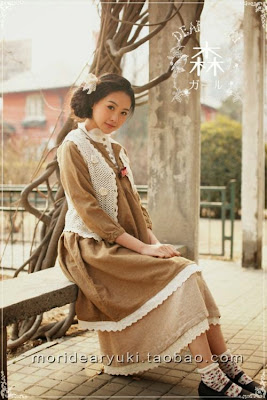 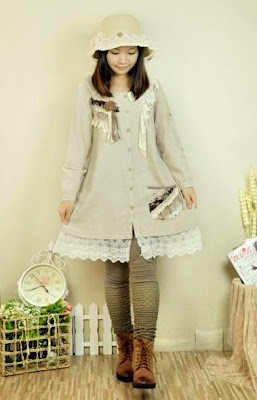 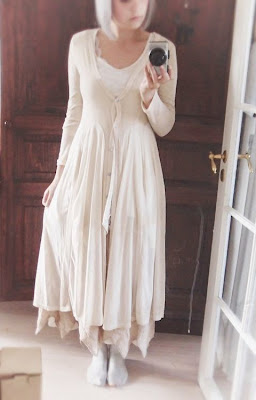 This variation contains lots of extra lace and romantic colors. However, the lace is never bulky or OTT, but instead has a more mature and feminine look. It can have many layers or few, but it always maintains it's soft feminine feel. 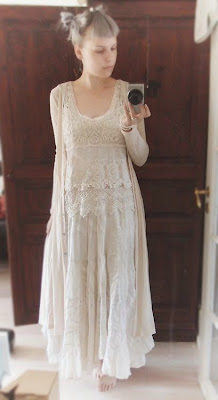 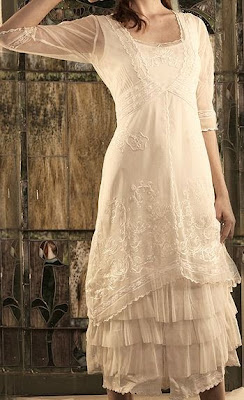 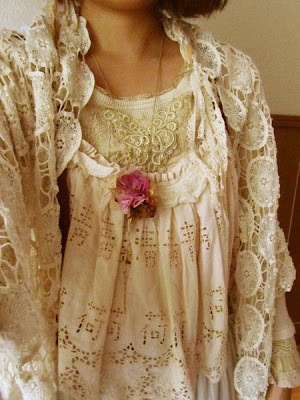 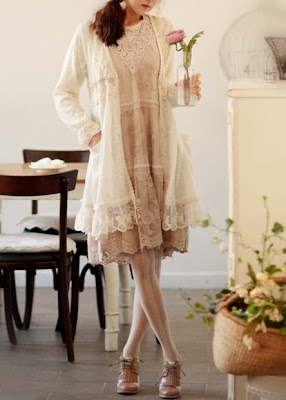 This one is pretty self-explanatory. It's when Mori and Boho styles mix. Usually, though, I'd say the Mori style is more evident, and the Boho style is more hints or small pieces of the outfit. This is a more western variation I think. 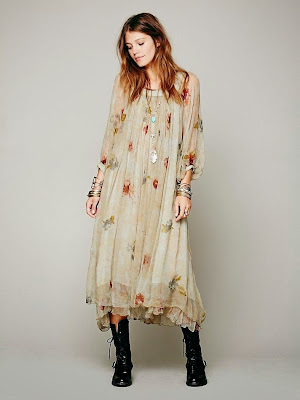 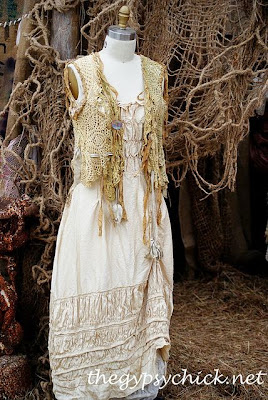 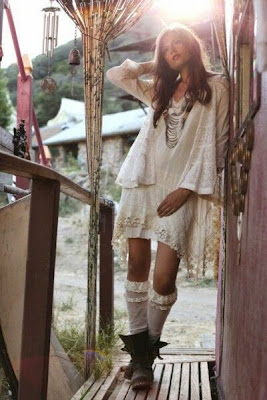 If you've ever seen a picture of Shabby Chic decor, then you know exactly what this variation is before you see any pictures. But for those who haven't, here are a few Shabby Chic interior photos to help you get an idea for this variation. 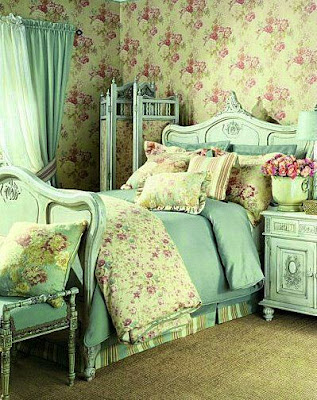 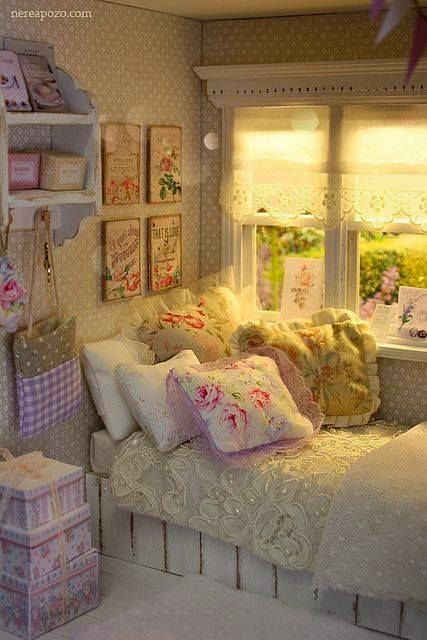 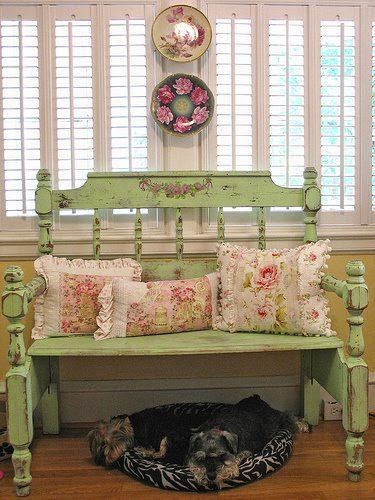 So, Shabby Chic Mori contains lots of different flower patterns, lots of lace, and a kind of cute but cluttered feel. Common colors would be pinks, blues, and sometimes greens or yellows. 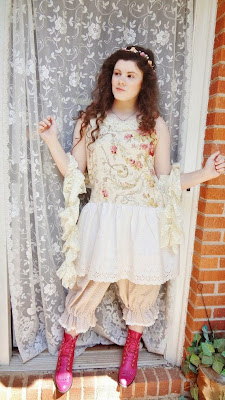 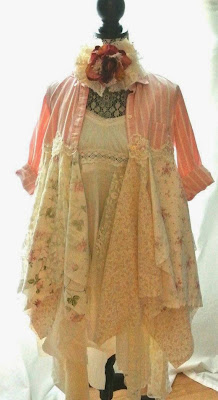 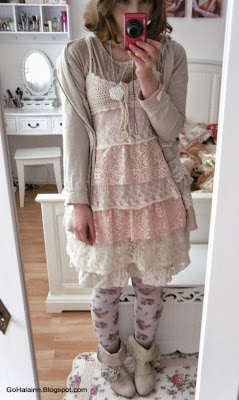 
What do you think of these terms? Do you agree? Disagree? Let me know below, or in my cbox. (Constructive criticism is always welcome!)

Email ThisBlogThis!Share to TwitterShare to FacebookShare to Pinterest
Labels: variations 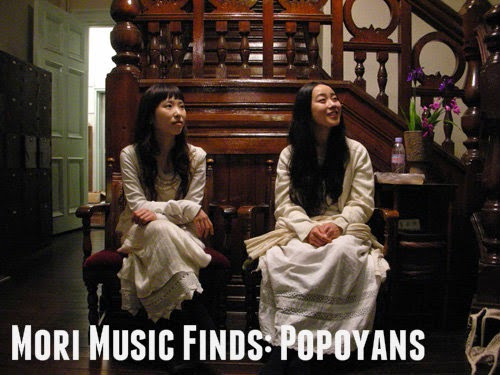 Popoyans is a duo consisting of Cheru and Non, who are highschool friends. They both live a natural lifestyle, and dress natural as well. Their music has a soft, comforting, and natural feel, and consists mainly of classical guitar, glockenspiel, and harmonies. Because of their clothing style, music style, and lifestyle, they are considered to be the original Mori Girl artists. Popoyans is some of my favorite music, and it never fails to cheer me up, and put me in a Mori kind of mood.

Have you heard of Popoyans? If so, how did you like them? If not, I hope you enjoy!