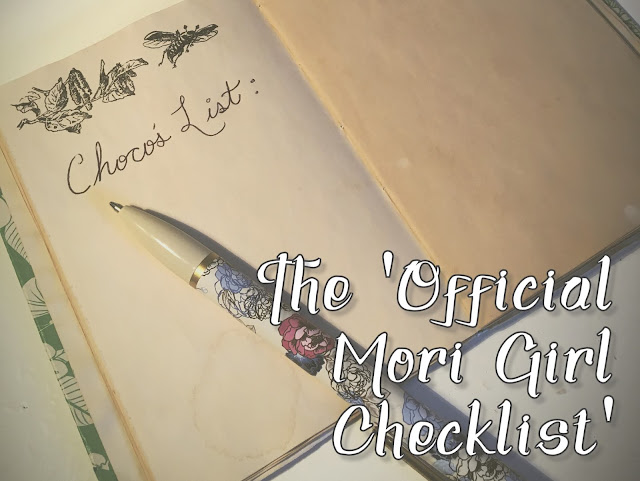 The concept of mori fashion has always been at its core ubiquitous. Without any real "rules" like other J-fashions such as Lolita, and a loose sense of cohesion when it comes to what really constitutes as mori, many people have often held different or clashing views on what the fashion actually is. And depending on when you joined the fashion, or what part of the world you live in, this idea can be very different. For some, this has made them forgo the need for rules or consistency entirely. Yet, for others, they have latched on to any type of "rules" they can make for the style. One of the oldest, and longest used, list of mori rules is the infamous list created by the Japanese mori girl Choco, also know as the "Mori Girl Checklist".

Choco's list is well known amongst the old-school mori community, and I've already talked about Choco's list a few times on this blog already in various posts such as the one where I reviewed it and created my own personal list. (The post is a little old now, and desperately needs to be updated, although it does serve as a bit of a look into how I personally see mori fashion.) But, today, I wanted to take a more objective look at the list itself.

You can find the original translation of choco's list still on the mori girl LiveJournal group. Although the group is dead, the post is still up for now. But, as mori pages often shut down without warning, I wanted to preserve the list here. It is an important part of the fashion's history, and I personally found it very helpful and interesting when I first entered mori kei, and I'd like to keep it safe for future mori folk to read.

I have copied and uploaded it here, and I also cleaned up some of the clunky English phrases. The posters originally said they would do the same, but they apparently never got around to it. I also did my own organizing by topic, as well as grouping together a few similar points, so that the list is, hopefully, a bit easier to read.

After reading this list, you may have some questions, such as: who is Choco? What authority did she have to make this list? And why did she choose the points she did? I want to give you a bit of mori history on Choco, to maybe answer some of those questions.

The first thing you should know about Choco is that she is a very old-school mori girl. In fact, she was a part of the original mori girl mixi community. It was in this original community that the term mori girl was created, and that this list was also created. Additionally, Choco had a lot of success in creating the original aesthetic of the mori girl community. She even helped to create one of the major mori magazines, Choco's Book.

As for her points, Choco created the list out of popular mori and Japanese fashion trends at the time. Although some aspects of it are definite standards for mori kei (such as liking loose dresses), others are more topical for the time (such as the brands, like Q-pot, which was popular across Japanese fashions at the time). But it is also important to know that Choco's list didn't describe everyone in the mori community. It was more a list of guidelines based on common interests of the community at the time.

That being said, Choco's list, while not absolute, does give us a good look into what mori was meant to be. It also serves as a bit of a time capsule, and a bit of a look into mori's history.

I hope you find it as interesting as I do, and I'd love to hear your thoughts on Choco's list! Do you find it relevant and useful still? Or do you think it is outdated and no longer describes the community? I personally fall somewhere in the middle.

Until next time, my deers!

Posted by Kathryn at 2:48 PM No comments: 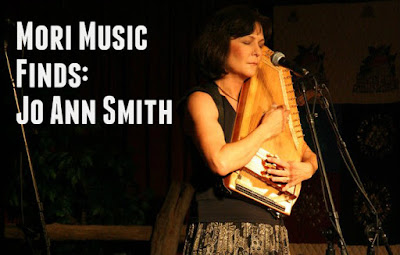 Today's Mori Music Find is another small YouTuber, Jo Ann Smith. This amazingly talented musician plays mainly traditional folk tunes on a more obscure instrument, the autoharp. This instrument is very interesting, and hard to play well, but she really makes it look easy and plays any song flawlessly. I discovered her purely by accident while looking up information on a totally different instrument, but she was such a wonderful find that I subscribed to her channel and keep coming back for more! You can also check out her website to learn more about her, and her accomplishments.


Have you ever heard of Jo Ann Smith? If so, how did you like her music? If not, I hope you enjoy! Happy listening!