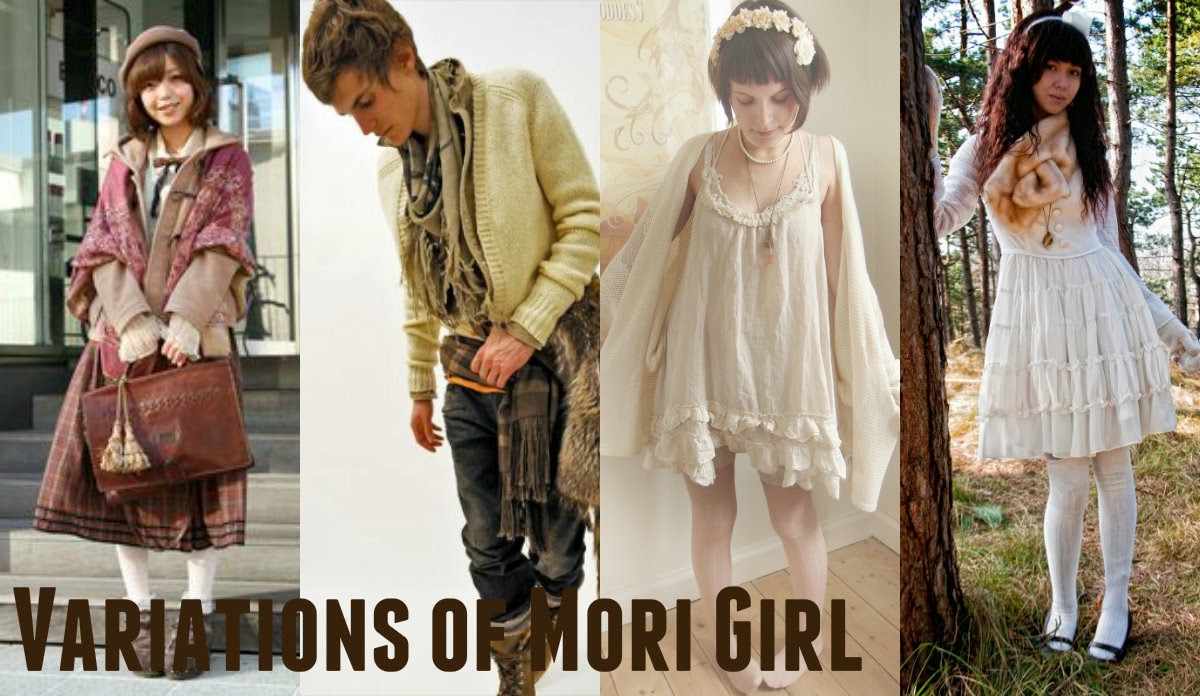 Mori Boy is the male variation of the Mori Girl style. The style can contain any variation of Mori Girl influences, and ranges from ethereal, to cool, to just plain mountain man. The layers are still important, and the natural look is still strived for. Some people prefer not to categorize Mori Boy, and instead call all Mori fashion Mori Kei to make it more gender neutral. 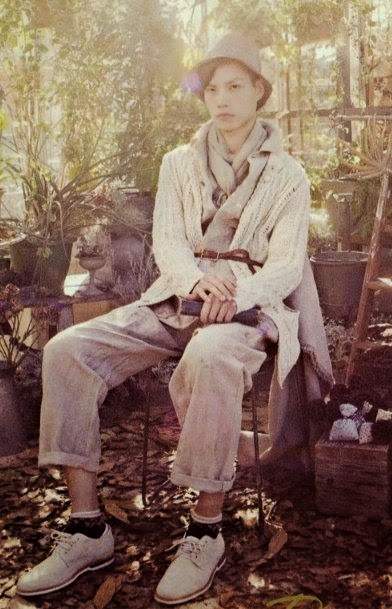 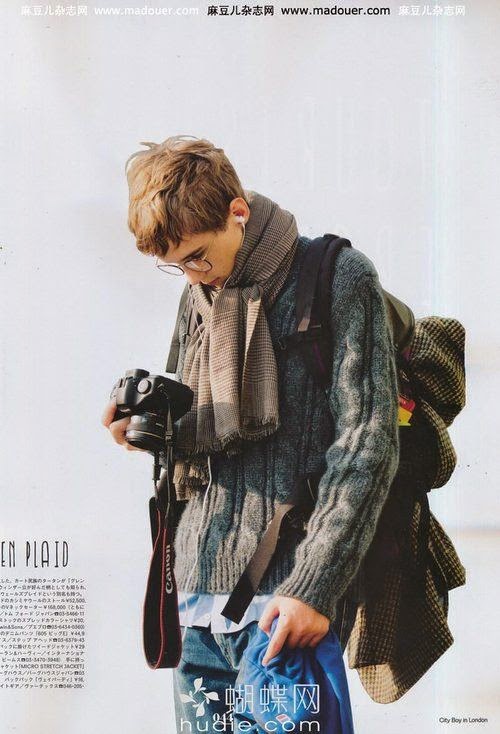 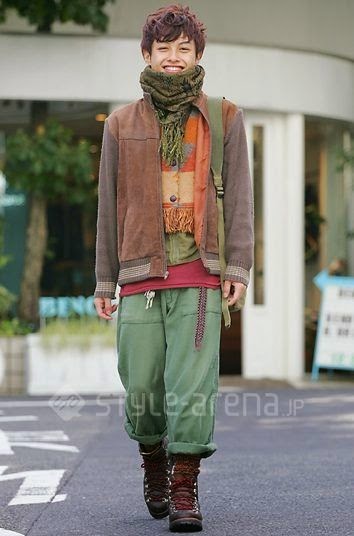 Dolly Mori is a mix of Mori Girl with another popular Japanese fashion, Dolly Kei. Dolly Kei tends to contain lots tapestry like fabrics, deeper and richer colors, and looks more like a girl stepping out of a fairy tale rather than a forest. Therefore, Dolly Mori contains a more Mori silhouette and coloring, with Dolly kei elements thrown in. 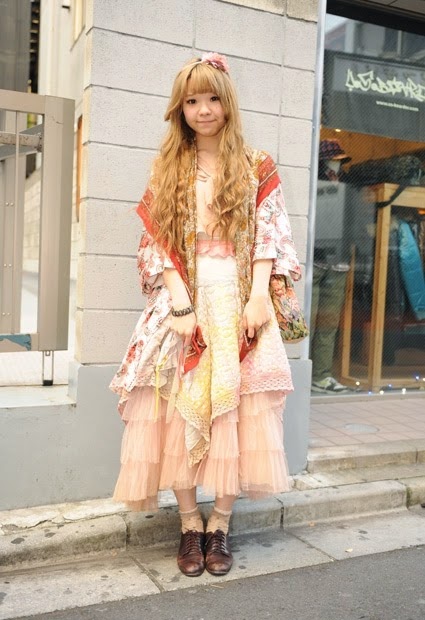 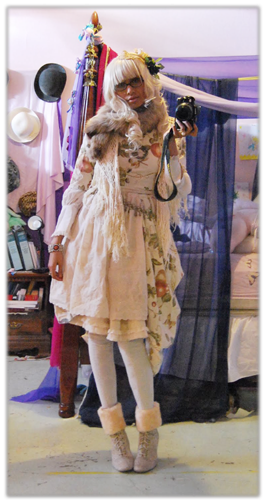 Cult Party Mori, like Dolly Mori, is a hybrid of Mori Girl with another popular Japanese fashion, Cult Party Kei. Cult Party often contains use of unnatural colors, printed tights, and synthetic material. So Cult Party Mori uses some of those elements while still retaining a Mori silhouette, and look. 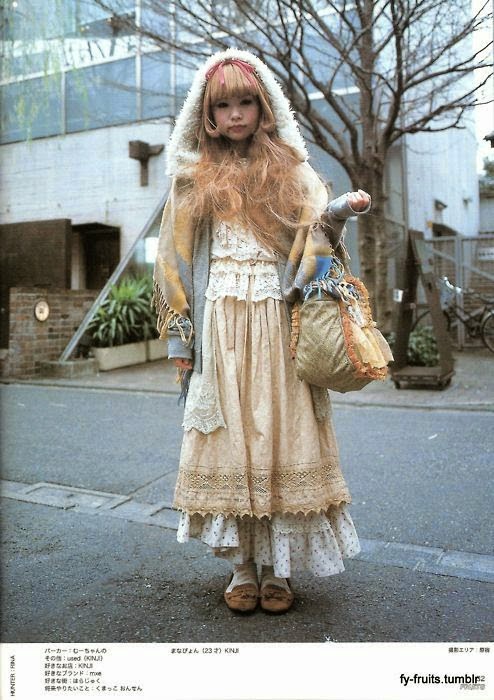 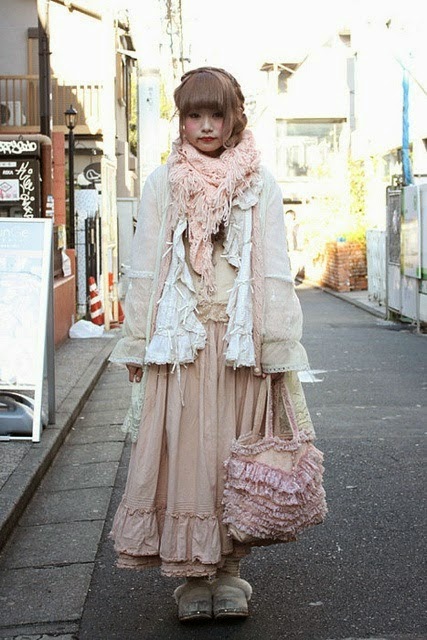 Lolita Mori is, just like Cult Party Mori and Dolly Mori, a hybrid of Mori Girl and another popular Japanese fashion, Lolita. Lolita is inspired by fashions from the Rococo and Victorian periods. The silhouette is very distinct, and is the most well known Japanese fashion by far. Lolita Mori may use a few more layers than usual for Lolita, but usually it maintains the Lolita silhouette, while incorporating a more Mori Girl like color scheme, a use of more lace, and sometimes forest related dress prints.


What do you think of these terms? Do you agree? Disagree? Let me know below, or in my cbox. (Constructive criticism is always welcome!)