Strega vs Mori: The Differences 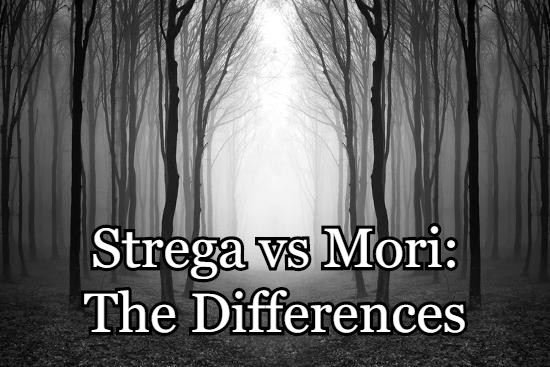 Have you ever browsed the mori tags and noticed a reoccurring tag titled "strega"? The term is often used alongside mori kei and other alternative fashions, especially dark mori. However, although many seem to use the word interchangeably, the term actually has its own unique history that most are unaware of. Today, I want to tell you a little more about strega fashion, its history, and how it relates to mori kei.

Back in the early days of mori kei, the Tumblr mori community was very active and always creating and defining new substyles. One of these, dark mori, became quite popular, quite quickly. Many people who enjoyed mori kei and goth fashion began wearing the style and using the tag. However, the rules of mori, while loose, meant that the fashion was constrained. For some, this was fine, but for others, they wanted to participate in the style while having the ability to create freer, more expressive coordinates that deviated from the normal mori style. This is where strega comes into play.
One Tumblr user, Mai-magi (previously known as shortcuttothestars) created the term strega to use for a similar witchy aesthetic, inspired by dark mori fashion, but that was much broader than mori kei. The word "strega" is an Italian word meaning "witch," echoing the core aspect of the style: dressing like you think a witch might dress. Mai-magi had previously been active in the dark mori community, so when the term was created, it was quickly adopted by other dark mori enthusiasts who felt a similar way.
The name saw some controversy amongst users, as strega is often used in describing paganism. Some felt that this use of the term for a fashion style was inappropriate because it appropriated pagan culture. However, these days, it seems to be more widely accepted.
The original posts about the creation of strega are hard to find as Mai-magi's username has changed over the years. They may also have even been deleted. But, for a time, she participated in both dark mori and strega, before distancing herself from dark mori almost entirely, and from the term strega somewhat as well. However, on her Instagram, she still uses the tag to this day. But she no longer promotes it or herself as its creator, like she once did.

So what is strega fashion, and how does it differ from its predecessor, dark mori? The answer is surprisingly simple.
Mori, while a somewhat loose style in terms of rules, still has a general silhouette and things that give outfits a similar aesthetic. This is not true for strega. The only rule in strega is to dress how you like, and to dress how a witch might dress. That's it! So, to put it simply, strega is anything at all! It is up to the wearer's interpretation to say what strega is to them.
In it's most simple terms, we can say then that mori can be included in strega, but strega can't be called mori.
By strega's definition, anything dark mori would count under the strega umbrella. Many who wear dark mori use both tags alongside each other. This is perfectly acceptable. As a dark mori coord can be counted under the strega umbrella.
Sometimes people will also blend dark mori with more witchy, or strega, aspects. Such as using symbols of wicca or paganism in their coordinates, wearing bones or other creepy accessories, or incorporating other similar themes. 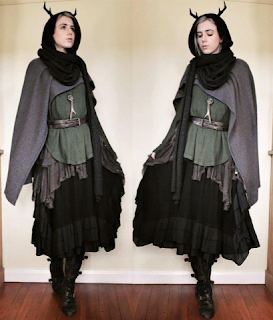 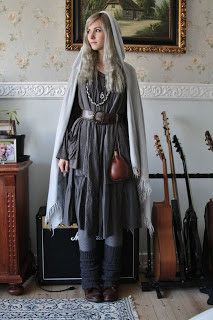 (anya-apples)
When things become a bit tricky for the mori kei community is that often people assume strega is the same as mori, and tag all strega outfits with both strega and mori tags. However, this is not the case. Strega encompasses a large variety of styles, including modern goth fashion, casual outfits, punk, and many, many more. All of these are acceptable uses of the term strega, but clearly deviate from mori kei. This makes the use of both tags interchangeably incorrect. 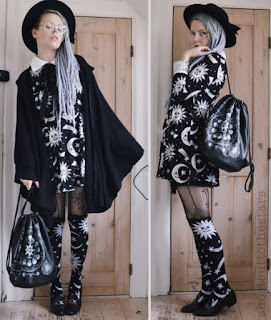 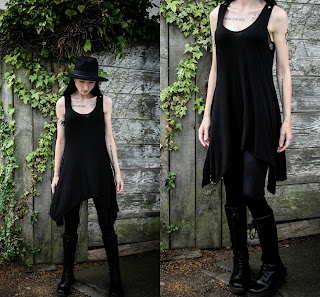 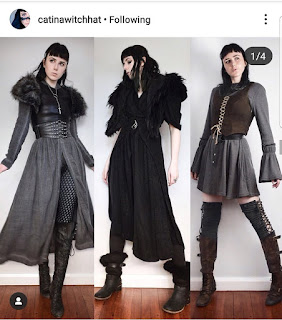 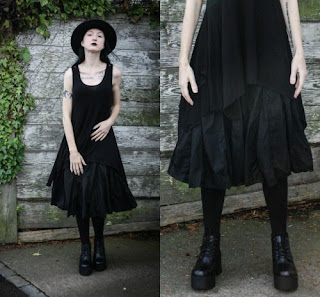 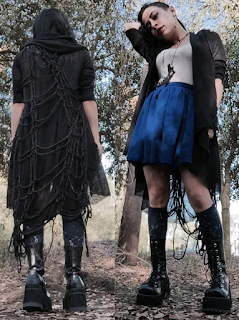 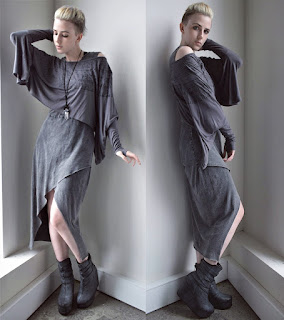 Which Tags Should I Use?

So, final thoughts. For those who want to use the term strega, feel free! The style was created to be broad enough to include many fashions. If you enjoy goth or witchy fashion, then this may be a great tag for you. However, if you want to use the term strega and dark mori, or just dark mori, be aware that dark mori has its own rules and aesthetic, and the two, while similar, can't be used interchangeably.
I hope you enjoyed this quick look into strega fashion. I was around in the community when it was created, but never participated in the trend myself. Have you heard of strega before? Would you considered wearing the style, or using the term? I'd love to hear your thoughts!