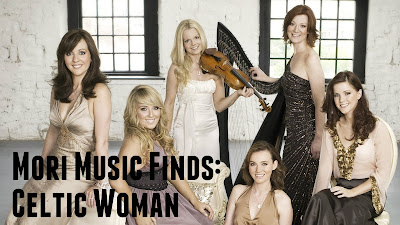 Today's Mori Music Find is Celtic Women. This performance group from Ireland is made up of various talented women, who sing, dance, and play various instruments. Together they play beautifully made versions of various Celtic sounding songs. The group cycles through members and as such have had many different members over the years. Although I'm less of a fan of their newest works, they've still remained one of my favorite groups of all time. I was lucky to be able to see them in concert a few years ago and the pure beauty and excitement they brought to the stage was amazing. I smiled so hard my cheeks ached!

Have you ever heard of Celtic Women? If so, how did you like them? If not, I hope you enjoy! Happy listening! 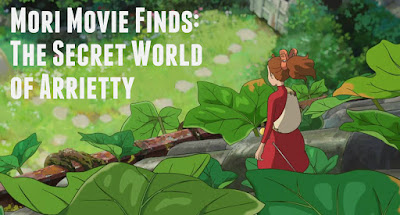 Hello, my deers! I know I often say that I don't really watch many movies, but I still have a few more recommendations that I've been meaning to share for a while now. So, here is another one for you today!

Today's Mori Movie Find is The Secret World of Arrietty, a Studio Ghibli film. While Studio Ghibli is very well known for its films such as My Neighbor Totoro and Howl's Moving Castle (among many other amazing animated titles), I have found that most people are unaware of this little gem that the studio produced. The movie is based on a book series called The Littles by John Peterson. Growing up, I was a big fan of the tv series based off of these books and I watched almost every episode. So this movie had a bit of a nostalgia factor for me, and I was delighted to see this fantastical world come to life in a new and enchanting way.

The movie's plot is charming, and the scenery, as in any Studio Ghibli movie, is absolutely beautiful. I'd highly recommend it to anyone.


Have you seen The Secret World of Arrietty? If so, how did you like it? If not, I hope you enjoy it!

Email ThisBlogThis!Share to TwitterShare to FacebookShare to Pinterest
Labels: movies 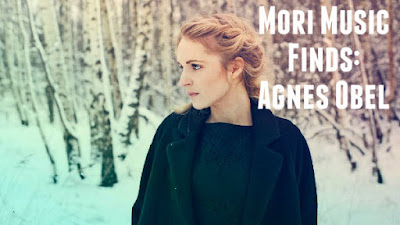 Today's mori music find is Agnes Obel. She tends to be a rather popular artist amongst mori and dark mori folk. Her work has a very soft and dreamy feel. Usually, she bases her music around piano, cello, and sometimes violin, using her voice and harmonies to create a haunting effect.


Have you ever heard of Agnes Obel? If so, how did you like her music? If not, I hope you enjoy! Happy listening!

Posted by Kathryn at 4:58 PM No comments:

What's Up With Spamming the Mori Kei Hashtag? 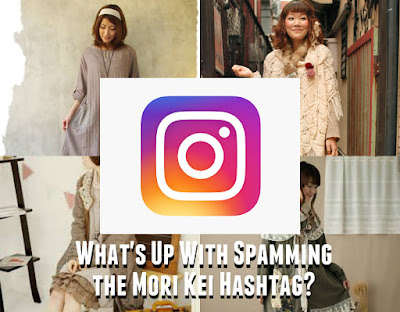 Today's post is going to be a little bit different, but it is something I have been meaning to talk about for quite a while now. It's probably something you've noticed too, although most likely subconsciously. That something is the cluttering of the various mori related hashtags across the internet. Specifically, today I want to talk about the case of Instagram.

Around a year ago, I began to notice a growing trend of non-mori related content being hash-tagged with either mori kei, mori girl, or even 森ガール. It started gradually, but over time it has grown to almost consume the tag entirely. If you're like me, you may find yourself wondering why this is the case, and maybe even feeling frustrated to see the tag so cluttered like this. So, I wanted to take a look at some of these posts, and discuss why they bother me.

Now, I'm someone who values privacy and respect, so just to be safe I edited every picture to remove account names and covered up faces as well, even though each of these pictures was posted publicly. This is because I don't want anyone to go and harass these individuals. I am not projecting hate onto them. In fact, a lot of them have really great photos to share! They just have no relation to the mori tag, so I'm going to talk about them.

Also, another short note before we begin: I'm not going to be talking about people who are still new to mori, or those who post mori aesthetic photos, or even those who usually post mori content and sometimes tag their non-mori photos with mori tags. I am fine with people tagging their photos with mori kei, even if it really isn't, as long as there is some sort of correlation or sense behind it. Some other people may feel differently about that, but that is my personal opinion.

So, without further ado, let's take a look at our first category of offending pictures!

The first type of photos I've noticed are actually the ones that make the most sense to me. That is people who wear various other j-fashion styles, and use the tag to gain traction or views. However, although I understand the logic, I still think it is inappropriate to do so. Your lolita, decora, or fairy kei coord is certainly cute, but it's just not mori kei. 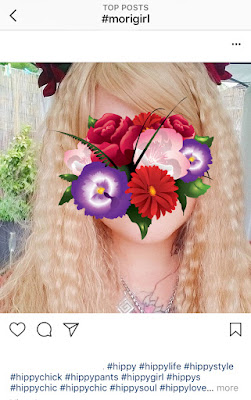 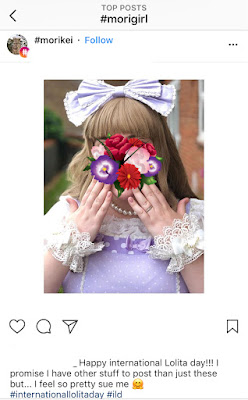 (A couple of examples. Both of these accounts posted really cute Lolita coordinates, but nothing mori related at all...)

Another category I've noticed is people who wear various other alternative fashion styles. This one starts to get into the category of making absolutely no sense. Generally, this is when I start moving from mildly annoyed to frustrated. This because while there is some sort of link between other j-fashion and mori kei, there is literally no tie between these type of photos and mori. Not even aesthetically! Again, these photos are great. But they're not mori, and they definitely don't belong on the tag. 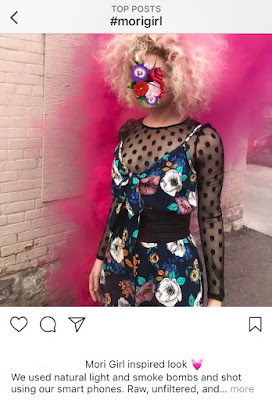 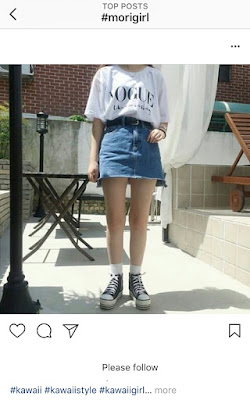 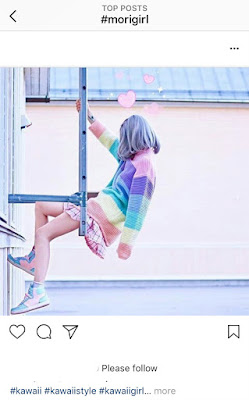 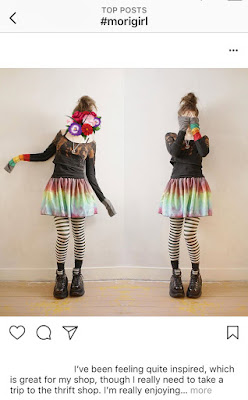 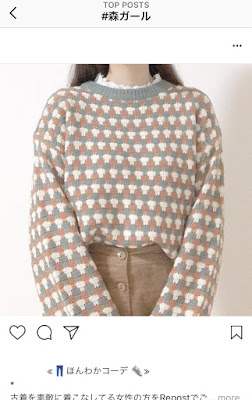 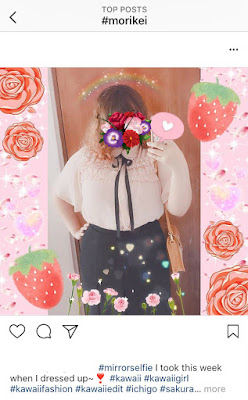 (A handful of examples here. Again, all really cute outfits, but where is the link between them and mori kei?)

Sometimes pictures that aren't even fashion related can be found on the tag as well. And, again, these have no link to mori kei at all, not even aesthetically. 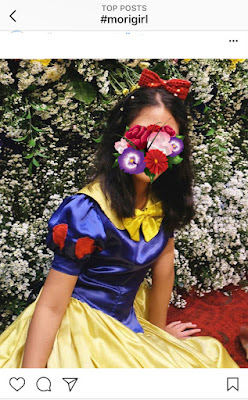 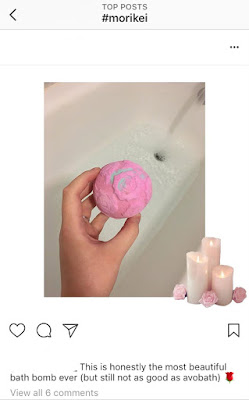 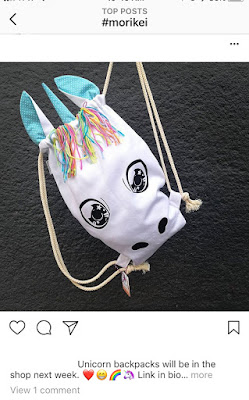 (A couple examples here. Cosplay, bath bombs and unicorn bags. All cute, but not mori at all.)

There is also a surprising amount of selfies and self-photographs on the tag. I suppose a selfie could be mori, if you were showing off details of your outfit in the picture, but simply a picture of your face or of you posing doesn't make it mori. 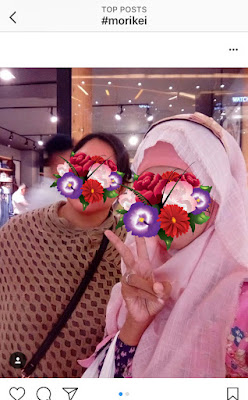 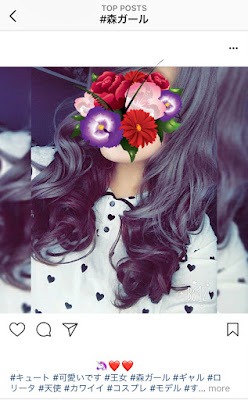 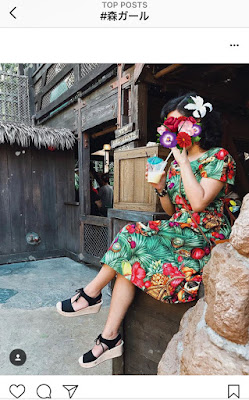 (I mean, you all look very cute! But how is this mori kei?)

Other random things make their way onto the tag as well. And by random, I mean basically anything at all. Things like photography, art, or anything else you can think of. 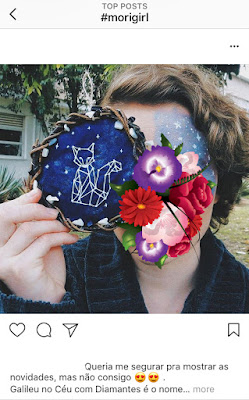 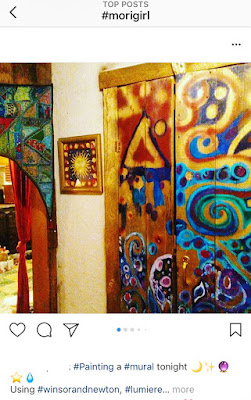 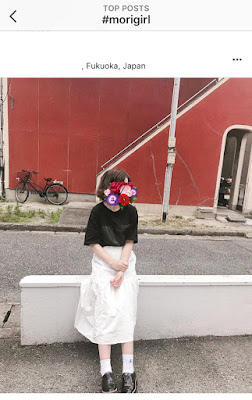 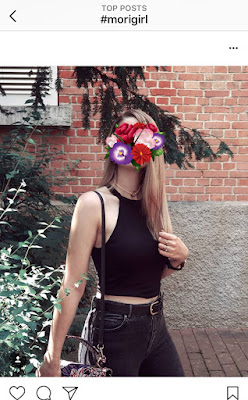 (I mean, these don't even have a mori color palette, or a nature theme. It's honestly annoying at this point.)

But before you go and think this is only an issue for those outside of Japan who have adopted the tag, you should know that Japanese Instagram isn't immune to this problem either. The Japanese tag is full of non-mori kei related images as well. From outfit posts, to selfies, to purikura, they have a variety of random content cluttering the tag as well. And, granted, sometimes it is of literally girls in the forest, which makes sense even though it isn't the fashion style. But more often than not it is random pictures without any tie to forest fashion, or the actual forest. 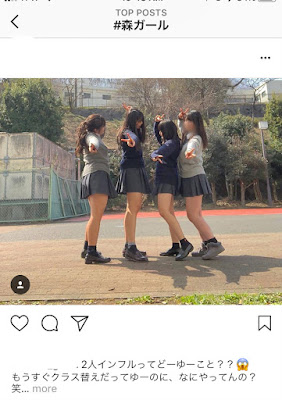 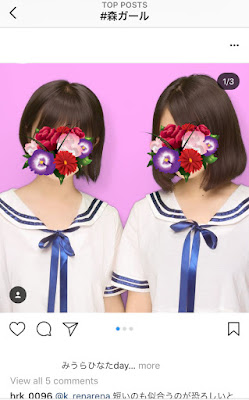 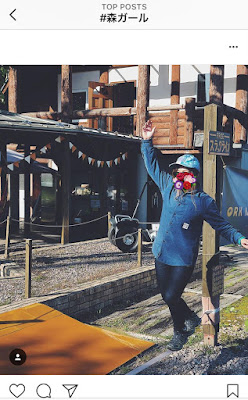 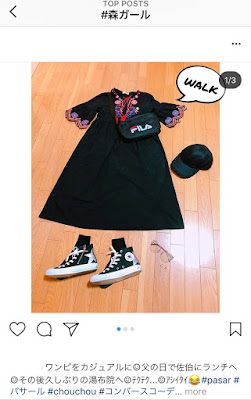 (Again, all of this is so random! What does this have to do with mori in any capacity?)

So I've rambled a lot, and shown you a lot of examples, but why does this matter? What about this gets under my skin so much? Well, it all comes down to the size of the mori community.

The mori community is very small. It always has been, and, like most alternative fashion styles, it probably always will be. This means that finding mori content can be difficult on the internet, as there isn't really that much of it out there. One of the best ways mori folk have of connecting with others with similar interests is using hashtags. When the hashtag becomes cluttered with non-related content, it not only becomes more time consuming to find relative content, but it can also become frustrating. Additionally, imagine being someone who knows nothing about mori, wanting to learn more, selecting the hashtag, and finding all of this! Based on this, mori kei is a mishmash of stuff with no real rhyme or reason. I can't imagine it would be easy for newcomers to uncover the style when faced with this.

Again, let me reiterate before I close. I don't have anything against these particular people, so please don't go looking for them or harassing them for their content. Rather, I have something against the whole phenomenon, and how widespread it has become. I think it has become a big problem for our little community, and is causing us to be misrepresented and lost in the flood of content on the internet.

So, what do you think about this? Does seeing this bother you too? Or do you think it's fine, and that I'm overreacting? I'd love to hear your thoughts, as well as if you've noticed this as well.