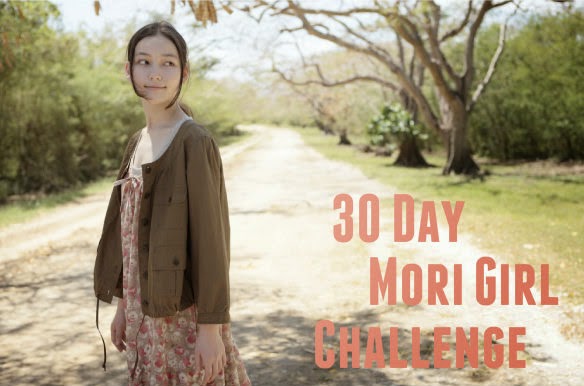 6. What sort of things, outside of fashion, do you consider to be a part of a Mori Girl lifestyle?

Definitely a concern for the environment, a love for the simple life, a longing to be in nature, and kindness towards others.

7. Are you also a Lolita? I find a lot of Mori Girls do Lolita as well! Whether you are or aren't a Lolita , why do you think this is?

No. I used to want to try Lolita, but then I realized that often the people that are into Lolita aren't so nice... I'm not sure why other people find Lolita appealing, but I know I like it because it reminds me of princesses.

8. What is your favorite type of plant life? Whether it be tree, bush, flower, fruit or vegetable, why is it so special to you?

Daisies or Lavender. When I was little, the entire side of our house was covered with daisies, and they reminded me of the scene from Alice in Wonderland where she sings a song while lying in a field of daisies. Alice and Wonderland has always been one of my favorite movies, so daisies made me feel happy. And I like lavender because it smells so wonderful!

9. List 10 words that remind you of Mori Girl or inspire your Mori Girl life.

10.What are your favorite books? Do you think they are Mori or not?

I have a lot of favorite books, but here goes!


I think in some ways these are Mori. Middle Earth is definitely a place a Mori girl would love living.
I think this is also in some ways a Mori book. The book goes deeply into detail about the beautiful countryside, and all in all it has a very Mori feel. I loved the book itself because the character thought very much like me, and that drew me in. The plot is also very intricate, with lots of interesting twists and turns.
Sometimes these books are very Mori. The setting is in the countryside of New York, and the group does lots of nature filled activities together.
As this book takes place in the city, it doesn't have a very Mori feel. However, I feel like Sara Crewe's attitude for life is what every Mori Girl should strive for.
The setting is again very Mori. They go into detail about the beautiful English moors. However, the plot is confusing at times and rather dark. I think it might be more like a Dark Mori book, but it's a good book none the less.
Definitely not Mori. Frank Peretti specializes in super creepy horror books (my favorite!).
I'd say these books are 90% Mori. The setting and the people definitely fit in with the Mori aesthetic, although sometimes it's a bit Natural Kei-like.
Not very Mori either. Also in the horror genre.

I did this a while ago on my old blog, Forests and Tea, but now I'm going to do it again! Not many things have changed since I did this last, but some have. So it's time for an update!

1. Naturally, our first question is how did you get into Mori Girl?

I discovered Mori Girl by accident. I was attempting to discover if there were any other Japanese street styles other than Lolita. I fell in love instantly, and immediately corralled my mother into helping me re-invent my wardrobe.

2. Who is/are your Mori Girl idols? Who inspires your fashion? 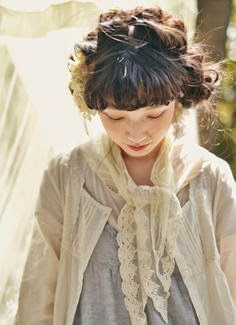 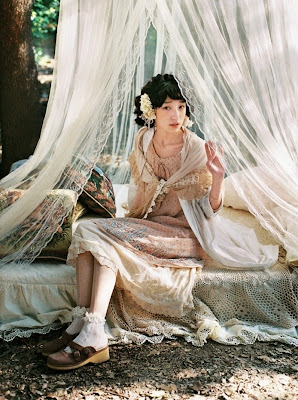 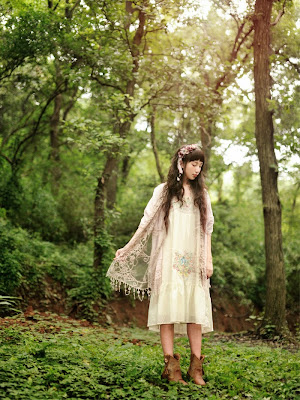 Isn't she the most adorable Mori Girl you've ever seen?!

I don't live in a specifically rural environment, but I do live a ways out from the heart of my town in a small sub division. It's rather green, with lots of trees and a decent sized creek running near my house. Growing up we always played outside, climbed trees, waded in the stream, and other things like that. My family also likes to camp, so we went on camping trips often. I think it has definitely influenced my Mori-ness. I care about nature, and my footprint on the world very much. I like to be natural as often as I can, although it is hard in the area in which I live. Style wise, I don't think it's affected me, but lifestyle wise it most definitely has.

All the lace accents, the comfortable clothing, the people, the focus on loving the little things in life, and the aesthetic.

How small the community is (there are no Mori Girls even relatively near my area at all!), the inconsistency of people saying they are "Mori Girls" and then hardly ever dressing like one or not living out the lifestyle what-so-ever, all the fights over whether or not to wear fur, the lack of places to buy clothing, and the discrimination of your style by people who won't take the time to understand. (That was really hard! I love almost everything about Mori Girl!)

Mori Girl Shopping: A Guide to Becoming a Forest Wanderer 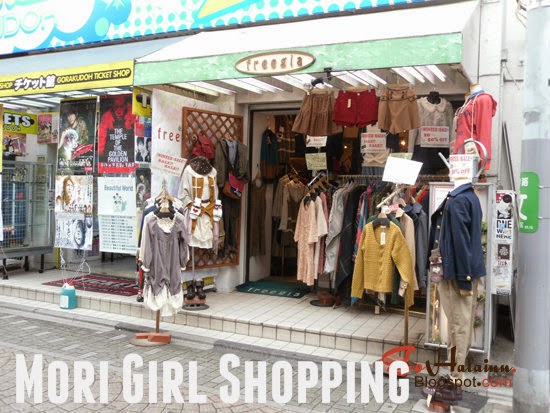 One of the biggest problems most new Mori Girls face is where and how to start building a wardrobe. I know from personal experience how hard it can be to jump head first into a style and have no idea what you're doing. So here's a quick list of ways to get started!

I won't go into in this post on what I believe are Mori wardrobe essentials, but I do have a few links to some other lovely peoples ideas. Miss Kellie has a basic Mori wardrobe guide here, this is helpful even for those who have been active in the style for a while. Miss Barbara Lynn at Carnivale Salt has a guide for Dark Mori here. What I do want to talk about is where to buy clothing.

The most obvious place to get clothing would be thrift shops, flea markets, vintage clothing stores, and other similar places. Older clothing often fits in well with Mori Girl. Also, some stores, at least in the United States, are starting to sell some Mori-able pieces. Some people can get by with only thrift store shopping, as I have, but for some, there are simply no good thrift stores in their area. Which leads me to my next point; Taobao.

Taobao is probably the best place to buy Mori clothing apart from Japanese brands themselves. Taobao is the Chinese version of Ebay, and there are many different Mori Girl shops. Taobao does require a shopping agent though, as they will only ship to China. You can figure out exactly how to do this by searching "How to shop on Taobao" on YouTube/Google. Make sure to watch a few videos and read a few articles to make sure you have the general idea. And to go about picking a shopping agent you can read others reviews, such as this one here, where they will tell you their experiences, and also how much each shopping agent will charge you. Please keep in mind when shopping anywhere on the Internet there is always a risk. Make sure to do research and purchase wisely. That being said, here is a list of a few shops with Mori Girl items on Taobao.

(Update: Please note that I have never used Taobao, and as such, I do not keep up with what shops sell mori items there. There are still plenty who do, you will simply have to search for them.)
There are also many shops that will ship to you locally. Some have mori specific clothing, and others only have a few pieces that would work with mori. Here are a few that will ship to the US/Europe:

The most important thing to remember when shopping for your wardrobe is this: Don't be afraid to try all kinds of pieces. Mori Girl is all about experimenting with layering, and learning what works best for your style.

Good luck venturing into the forest wanderers world, deers! And have fun shopping!