Hello my deers! I have a small update for you all on a recent project I have been working on. That project is the Mori Girl Wiki!

To make a long story short, I've been messing around with this project for a little while now. I've soft shared it on the mori kei discord and facebook groups, but I wanted to share it here as well.
My hope for this wiki is to create central place where everyone in the community can share and find mori resources, as well as a place to archive information. That being said, here are the things that the wiki has or that I'm working on/want to include eventually:
Everything is still a work in progress, but I have the barebones up now. I’d love to see other mori people adding their information and expertise and promoting their content there. So feel free to jump on and edit at any time! Promo is always welcome, especially on the Notable Mori People page.
Also, if you are not willing/able to edit, but would like a promo page added for your content, please let me know! I can add that for you no problem! I'd like to see all mori folk represented here and make this a community hub for all things mori kei.
I hope you will all join me on this project I am working on. See you there!

Almost Mori: What is Lagenlook? 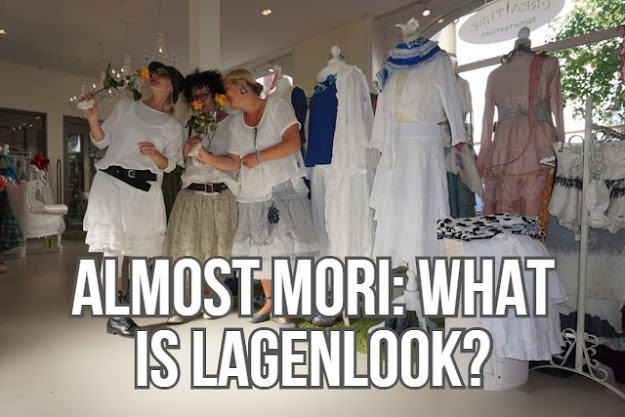 Today's post is a bit different from past posts in the Almost Mori Series. Today, we're talking about Lagenlook! This fashion isn't directly tied to mori fashion in any way, but often overlaps with and resembles mori fashion. So, I think it's worth a mention.
As always, if you are interested in learning more about Lagenlook, you can take a look at these links for more information.

The term Lagenlook comes from its creators in Germany. The term means "layered look" and is used to describe the baggy and layered focus of the style. It is hard to tell who originally created this name uncertain, but regardless, the name has become popular with many brands that cater to the style, and is easily recognizable in the alternative fashion community. 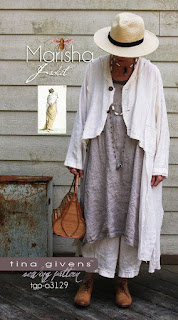 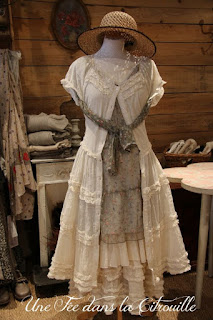 (Picture Sources: 1, 2, 3)
Lagenlook style, at its core, features baggy clothing pieces, asymmetrical cuts, an overabundance of layers, and an overall quirky and unique style. It is mainly catered towards older women, but can also be seen worn by women as young as their 20s and 30s. 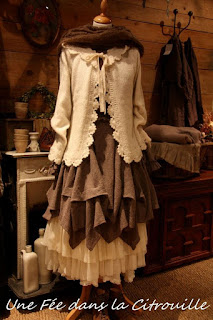 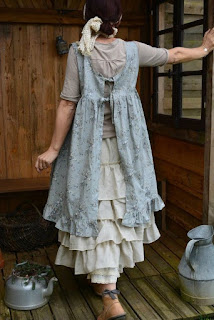 (Picture Sources: 1, 2)
The style has many similarities to mori. For example, its focus on layers and a baggy silhouette. It also often uses natural colors, fabrics, and even occasionally lace or ruffles. Many lagenlook coordinates could also fit easily under the mori kei umbrella. 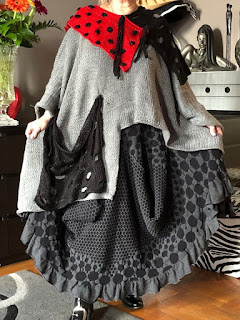 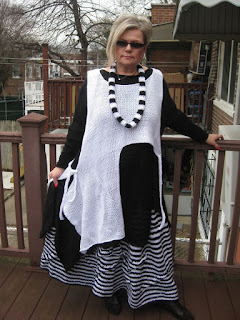 (Picture Sources: 1, 2)
However, although the style can be very similar to mori, it can also deviate greatly from mori's aesthetic. For example, in lagenlook any colors, including bright colors, are perfectly acceptable. Bold statements like blocks of color, big jewelry pieces, and bold patterns are also often seen.
Unlike mori, lagenlook is also not necessarily nature-inspired or focused, and also has no real rules at all. It also caters to mature women and often plus-sized women as well, where mori is primarily worn by younger women. 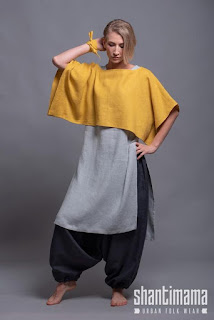 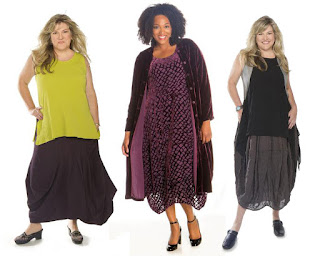 Have you heard of mori gyaru? Would you ever consider wearing the style? I'd love to hear your thoughts in the comments below, and I hope you enjoyed this post! I personally love the freedom of the style and its popularity with older wearers.