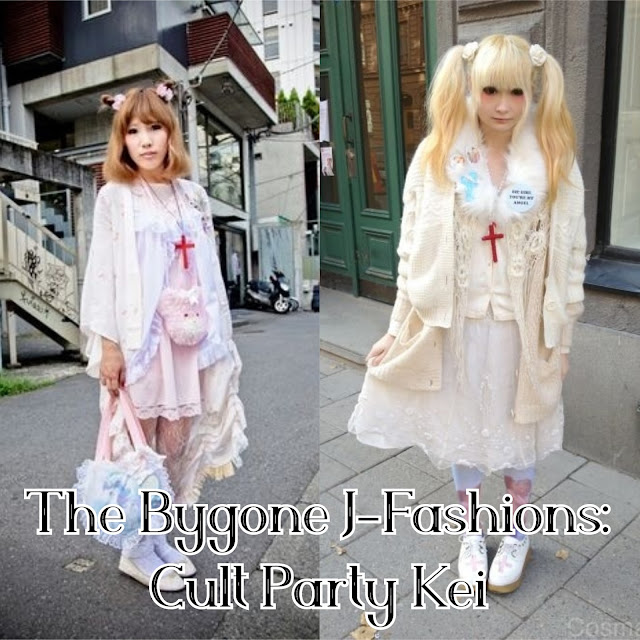 Welcome back to the final installment in my latest mini-series about bygone J-fashions! I apologize for the long wait between posts. Moving countries has been quite the ordeal! But now that things are settling down into a routine for me, I'm finally able to start blogging again.

Today, we will be taking a look at the style Cult Party Kei, which, despite its name, has nothing to do with cults at all, so you can let out a sigh of relief! Instead, the style is focused on cute, creepy, and vintage things in all the right ways.

Cult Party Kei is one of the few bygone fashions that still has many resources available on the internet. I've listed a few below if you are interested in learning more about the fashion, and maybe trying it yourself!
So without further ado, let's begin learning about Cult Party Kei! 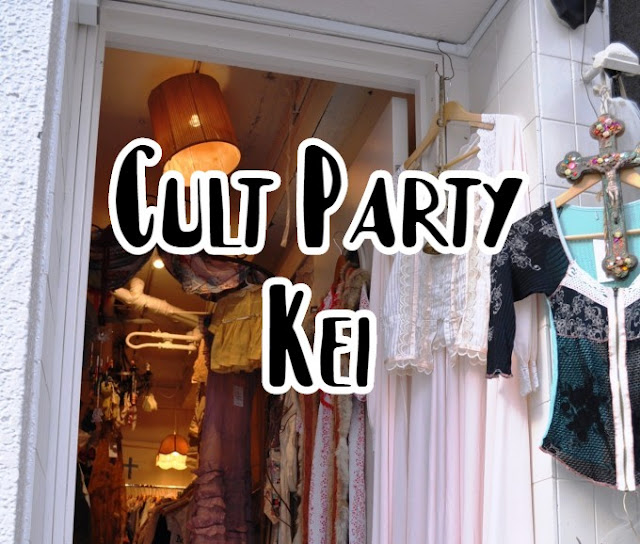 Like with Dolly Kei, it is uncertain what Cult Party's name is in Japanese, or if it even had a Japanese version of its name. However, what is much more straight forward is the name's origin. The name actually comes from the store that pioneered the style. The store was previously named The Virgin Mary but was later renamed to Cult Party during the style's height of popularity. Those who wore the style took the name of the shop that had inspired it as their own, and as such the name stuck and the term Cult Party Kei was born.

As for what the name Cult Party Kei actually means, that much is unknown. The shop owner had no religious affiliations or ties, so it is likely the name was picked solely for how it sounded as opposed to a specific meaning. 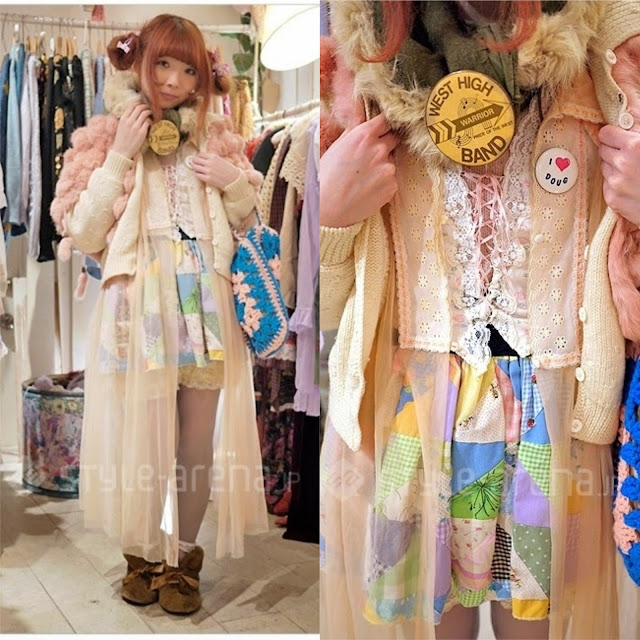 As previously mentioned, Cult Party style was created by the store of the same name sometime in 2010. The style was clearly prominent in the store from its opening, giving the style a clear and prominent aesthetic to base itself on. As the store rose in popularity in Harajuku, so did those who called the fashion their own.

To gain a better understanding of the aesthetic of the store itself, you can check out this blogpost made by someone who toured the store during its height here. However, nowadays, although the store does remain active, it no longer sells Cult Party Kei clothing. Instead, it has become more mainstream. Although, it still does have hints of the vintage style it once sold exclusively. If you are interested, you can find the official store website, now renamed once again to The Virgin Mary, here. 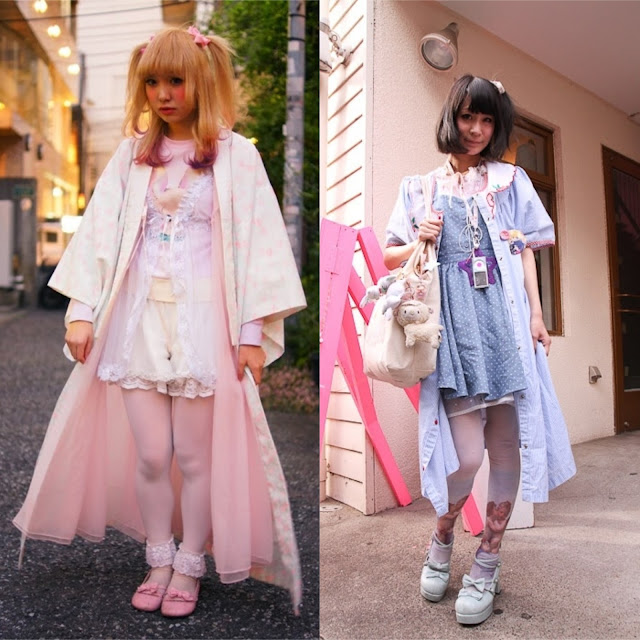 Cult Party Kei was still active as of around the mid-2010s, but started to peter out in popularity around the end of the decade along with the change in fashion style at the Virgin Mary store. Nowadays, the style is pretty much non-existent, even on the internet. Although, some do still wear it occasionally for special events and conventions. 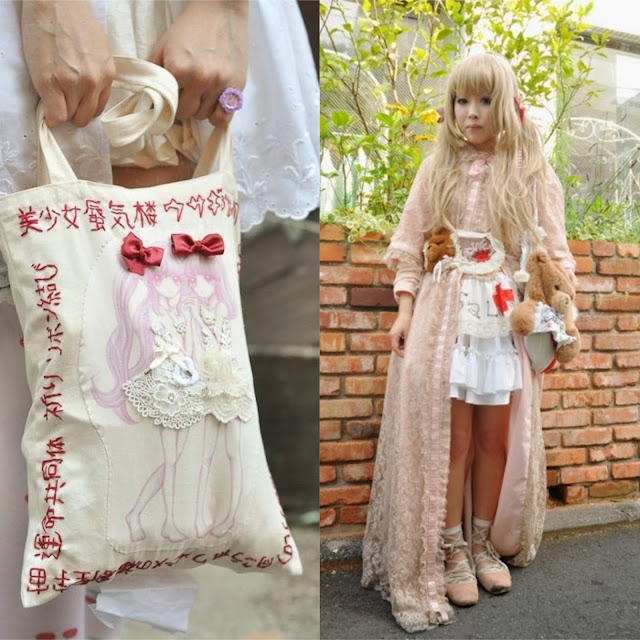 Cult Party Kei fashion is generally very broad, with few rules. However, despite its broad fashion style and lack of concrete rules, the style is united by many common trends. Uniquely, there is also no real masculine or feminine versions of the style, with all who wear it showcasing the same trends with very little variation. 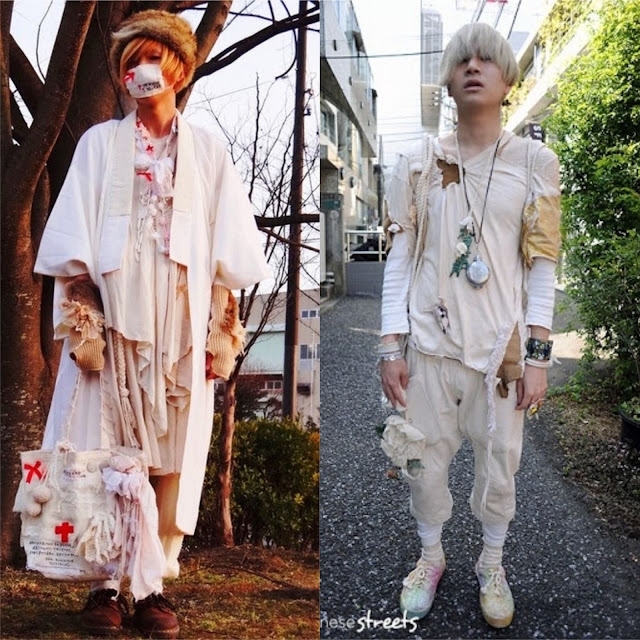 Many of the most popular trends in the style are light and pastel colors, as well as lots of layers and a great attention to detail. Other popular trends are vintage pieces such as peignoirs, and vintage-inspired prints like patchwork, lace, and crochet. Less widespread but still popular trends include red accents, crosses, printed tights, and rocking horse shoes. Creepy cute things like babydoll heads and locks of real hair were also popular for a time. 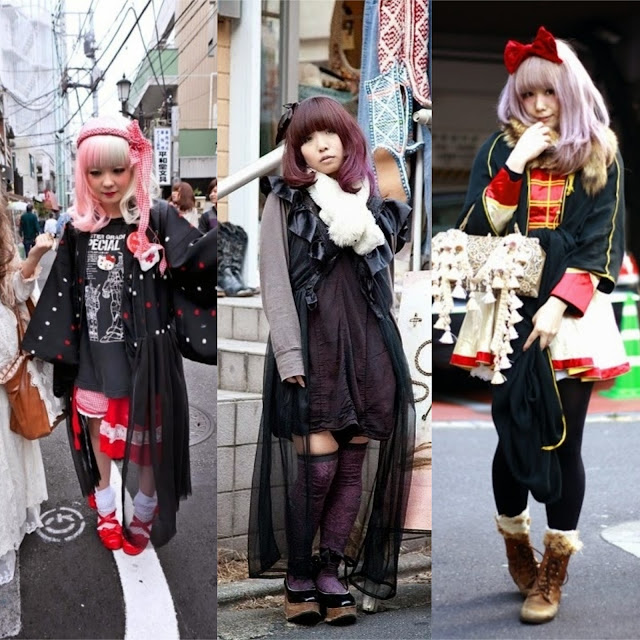 There was also a darker version of Cult Party that saw minor popularity. The style included a color palette of blacks and dark blues, as well as red, but generally used the same themes and accessories. 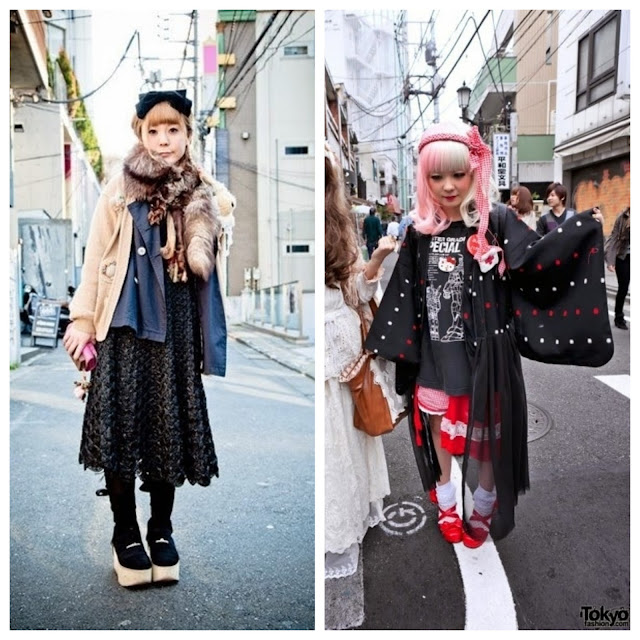 Due to its broad rules, Cult Party Kei often bled into other styles. For instance, more pastel version with cute characters were often compared to Fairy Kei, or coordinates with more cream and lace to mori kei. As such, the distinction between the two was occasionally fuzzy.

Like Dolly Kei, there is no lifestyle for Cult Party Kei. However, the aesthetic was always focused on vintage things, cute motifs, and creepy-cute aspects. As such, things like collecting vintage clothing, knick-nacks, and other similar hobbies were quite popular. However, no such things were required or even suggested for the style.

Have you heard of Cult Party Kei Do you like it or wear it? I was never really into the style, but I remember when it was super popular and you'd see it everywhere! I'm curious to hear your thoughts. Until next time, my deers!

Check out other posts in this series!

Email ThisBlogThis!Share to TwitterShare to FacebookShare to Pinterest
Labels: the bygone j-fashions series