My favorite fairy tale is the 12 months. It was collected by the Brothers Grimm but was not created by them. It's been around for a long time, and its creation has been attributed to a lot of different cultures. The most commonly credited countries are Greece, Chezch Republic, Russia, and other Slavic countries. You can read one version of the story here if you'd like.

It;s my favorite tale because it ends more realistically than most fairy tales. I won't spoil the ending, but just suffice it to say that the end doesn't see the heroine become a princess for no other reason then she was in the right place at the right time. The happy ending comes about because the heroine had to work for it. 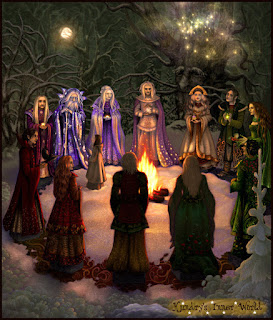 Side note, as I was looking up information on this fairy tale, I found a trailer of a foreign film inspired by the 12 Months. It looks a bit cheesy, but also kind of cute. Unfortunately, I can't find any real information on it as I don't speak the language, but it looks like a cute mashup of some of the popular fairy tales.