An Introduction to Mori Kei

In all of my years writing a Mori focused blog, I have yet to make an introductory post to Mori kei. This is because until recently I just didn't feel the need to. There were already hundreds of blog posts about the subject, and they covered it pretty extensively. However, most Mori blogs are starting to shut down or become inactive, so I think now is a good time for me to compile everything in one place so that none of it is lost. So, without further ado, here is an introduction to Mori kei.

Mori kei, first known as Mori Girl, was created around 2006 when a Japanese woman named Choco made a Mori girl community on Mixi (Mixi is similar to Facebook). There had been a few girls who had been wearing the style in Harajuku (the Japanese fashion district) before this, but Choco gave it an official name and created a list of rules for the style. These rules were a loose guideline, and not even the original Mori Girls followed them completely, but regardless, they gave a basis for what the style was and wasn't. "Mori" is a Japanese word meaning "forest", so the original style name was, essentially, "forest girl". The style later developed its second name, Mori Kei, kei meaning something close to "style", by those looking to make it more inclusive. It also spurred some sub-cultures, such as Hama Kei (ocean style), Yama Kei (mountain style), Dark Mori Girl, Mori Gyaru, and Mori Boy. However, none of these styles compared to the popularity which Mori Girl would eventually develop.

After the creation of the Mixi and Choco's list, Mori Girl quickly began to gain traction as a popular street style in Harajuku. Many street snaps appeared within the year in popular street snap magazines and on street snap websites. In addition, it soon made its debut in fashion magazines as well. Publications like Spoon, Mori Girl Lesson, and Fudge began to produce issues dedicated to the Mori style and became another basis for what the style was and was not. 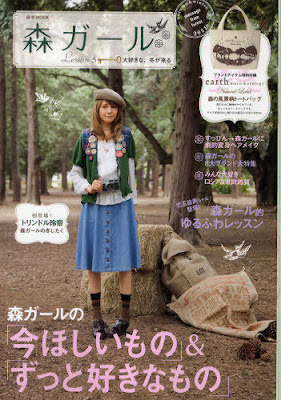 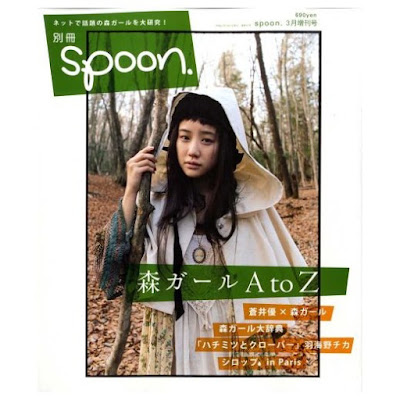 (The cover page of a Mori Girl edition of Spoon)

Mori also found its way into media, with artists like Popoyans wearing the style and creating music inspired by it, and the anime Honey and Clover, who had a main character who wore the style. 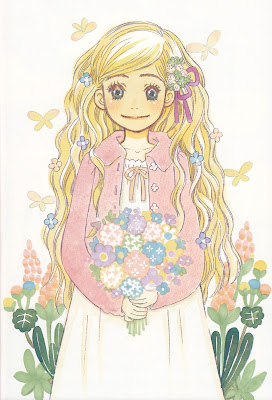 Mori Girl brands also began to pop up around this time. Wonder Rocket, one of the most highly recognized Mori brands, opened its doors to Harajuku in 2007, and online shops, such as DearLi, began to appear as well. By this point, Mori Girl had become one of the most prominent Japanese fashions, rivaling those such as Dolly Kei, Cult Party Kei, Lolita, and Decora, at one point or another. 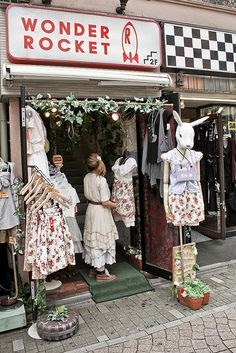 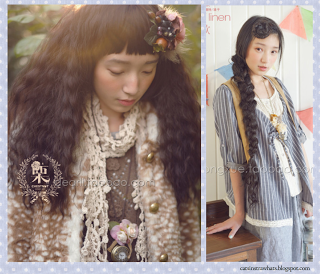 Some of the early "Mori girls" in Japan were interviewed in this short video. The English is very broken, but I think that the way the interviewer explains Mori is very charming, and worth a watch.


Mori Girl began to fade as a street style around 2013-2014, with street snaps beginning to slow before disappearing altogether. A lot of prominent internet Mori personalities began to deactivate their blogs around this time as well, and a lot of smaller brands disappeared. In addition, Mori officially made its exit from Harajuku in this period, with Wonder Rocket making the switch to more mainstream fashion instead of Mori catered pieces, and later closing its doors in 2017 (although its sister store Momo still remains open selling mainstream fashion pieces).  However, the fashion is still alive, although the numbers of participants have diminished greatly. Nowadays, there are still some active Mori girls in Japan, but the majority of active Mori girls are now in the international community.

Mori Kei fashion has a lot of variation. However, there are a few basics that almost always remain constant throughout the style. 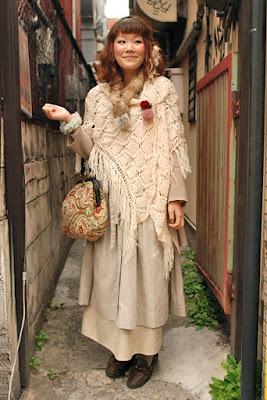 Mori fashion focuses on natural themes, so it is no surprise that the favored fabrics are natural as well. Things such as cotton and lace are quite popular choices, although other fabrics that may not necessarily be considered natural in composition can be used if they appear natural in looks. 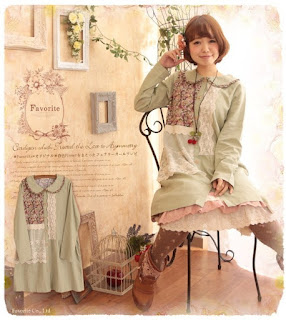 The colors most often found in Mori are creams, whites, and browns. However, that doesn't mean that all colors used in Mori are beige. For a bit more variety, colors such as natural greens, lighter blues, and light pinks are popular. Patterns are acceptable as well, with florals, nature prints (such as leaves or deer), or small stripes being the most common. 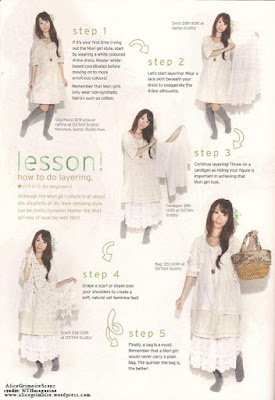 Mori is all about layers! This is the one thing that defines the style and never changes. Whether it is simply the appearance of layers or 15 articles of clothing, the silhouette is what matters. Layers are usually asymmetrical, and a common way to achieve the silhouette is to layer multiple dresses and skirts, or for a more boyish silhouette, baggy pants and lots of shirts, scarves, and sweaters can be used. 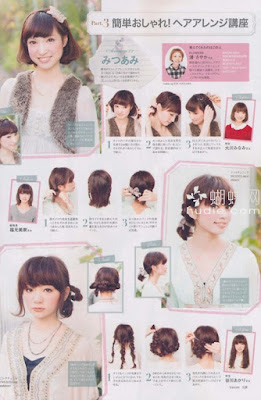 Hairstyles in Mori Kei are generally conservative. They can be as short as pixie cuts, or rather long, but generally, there are no unnatural hair colors or large shaved areas of hair. However, there are Mori folk who do wear their hair in more wild styles, which can also work with the fashion. However, the traditional Mori hairstyles are rather simple.

5) Minimal makeup (or none at all) 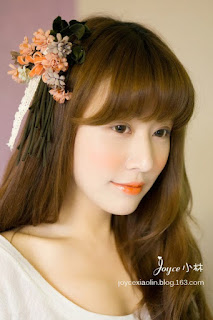 The general rule for Mori Kei and makeup is that your face should look as natural as possible. Rosy cheeks are a popular touch, as well as natural lip colors and minimal eye makeup. Some Mori Folk prefer to ditch makeup altogether. There have been cases where people have worn more intense makeup looks, such as fawn inspired makeup, but the general rule is the less makeup the better. 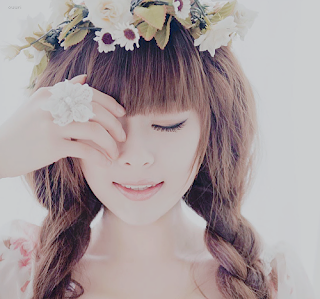 Mori accessories tend to focus on natural themes: a mushroom necklace, rose earrings, flower crowns, and other similar motifs. Gold is the most popular metal used, especially when it looks weathered, although silver can be used as well. Overall, mori accessories are simply meant to carry on the forest theme. 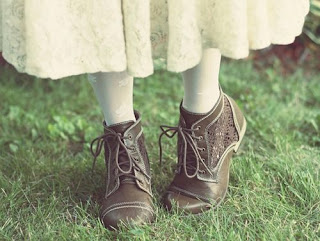 Mori girls tend to like shoes made of natural material, or shoes that would work well in nature. For instance, boots are a popular choice of shoe. Shoes are often round toed as well, and usually have no heels, or a small practical heel.

Like most fashions, Mori has seen a lot of fluidity over the years. As I've talked about on this blog before, many people have interpreted the style in new ways, and they continue to do so. However, the majority of mori fashion does follow the points listed above pretty consistently.

Mori Girl does not have any set lifestyle. It exists simply as a fashion style. However, there are some hobbies and activities that fit in well with the aesthetic, so many Mori folk have used these ideas to create their own versions of what the Mori lifestyle might be, with each of these ideas differing from one another. However, there has, since the beginning, existed a sort of attitude within the Mori kei community that lingers to this day. I could try to sum up this idea of "Mori lifestyle" myself, but I always find myself drawn to an old post by the classic Mori Girl Blog, which says it much better than I could ever hope to.

"In her own quiet way, the mori girl is an individualist. She does not care that the world may live differently from her. She lives consciously and chooses her own lifestyle. The mori girl often looks whimsical or quirky. When she shops, she buys something based on how it makes her feel, rather than on how fashionable or expensive it will appear to others. While she may enjoy the company of others, the mori girl loves her own company and indeed has embarked on many of her most memorable adventures alone."- Mori Girl Blog

A lot of the original information on Mori came from blogs and websites that have since closed, so it's almost impossible to cite anything on this topic (which is an absolute nightmare to a History major like me). However, I felt it important to put all of this information here all in one place even if I couldn't properly cite things. I do have some other resources you can check out if you're interested in learning more about what Mori kei is. Dear Miss Kellie, Moss Marchen, Naomi N' Doll, Mori Girl Blog, and Bling Tree G have all made some great overviews of what Mori is. There is also a Mori boy checklist similar to Choco's checklist for Mori girls if you are interested in that.

As always, if I've missed anything you feel is central to what Mori Kei is, please let me know. Also, if I've completely butchered any of the facts, please let me know that as well so I can correct them. I hope you enjoy this overview of the style. If you're new to the style, I hope this has given you a clearer idea of what the style is, and maybe sparked your interest! If Mori is an old hat to you, then I hope that maybe you've learned something new that you hadn't known before!