The Substyles Mini Series: What is Casual Mori? 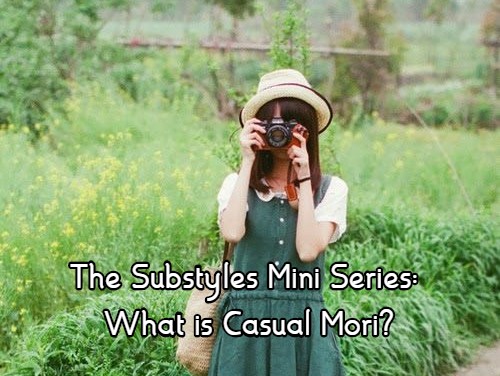 Welcome back to another substyles post. This one wasn't planned, but recent discussions made me realize that there is a lack of information on casual mori kei. So, why not make a post on it! Hopefully, this post gives you some new information and is helpful for you.


So, let's take a look at casual mori!

Casual mori, also sometimes referred to as mori inspired, is a substyle of mori kei. Because of its connection to the style, it obviously has many common points with mori kei that tie it to the style. So let's explore those common points in detail first.

Like regular mori fashion, casual mori sticks to mori's rules of natural color palettes. Browns, creams, greens, light floral colors like pinks and blues, and other similar colors are the most popular. Unlike regular mori, most casual mori coordinates stick more strictly to these colors, avoiding uncommon colors, to stay closer to the mori aesthetic. 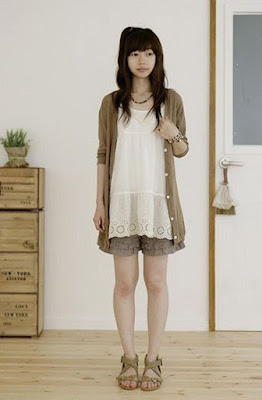 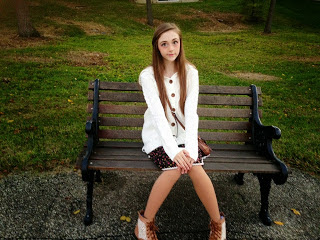 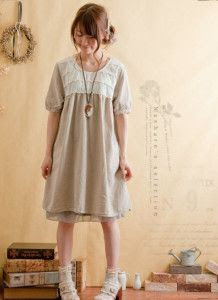 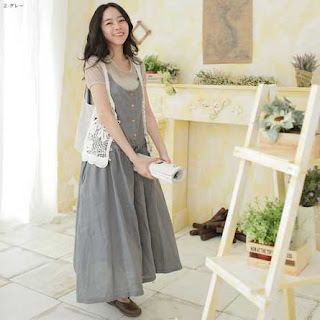 Like regular mori kei, the loose silhouette is common. However, with casual mori, the silhouette may not be as extreme. But, it is always slightly baggy and never draws attention to the body or creates a sexy silhouette. 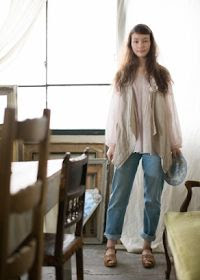 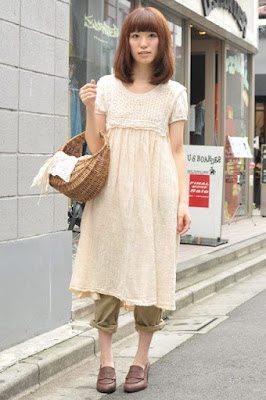 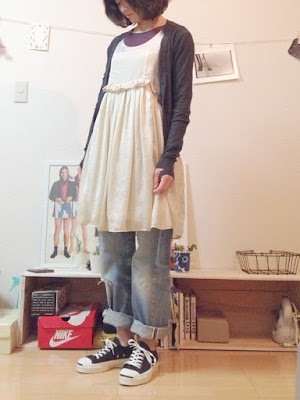 Although not required, many casual mori coordinates also contain lace details. Usually, the details are less extreme and more subtle. For instance, larger, crocheted lace instead of more delicate options. 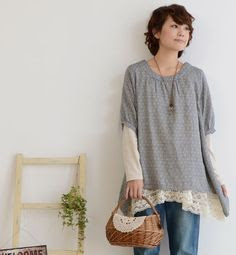 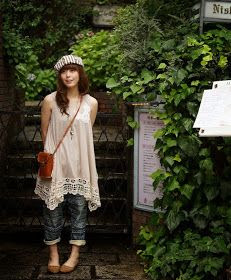 Although casual mori is related to mori kei, and can even be considered a part of the style, there are a number of things that set this version of the style apart.

A key difference between regular and casual versions of mori is its treatment of layers. For regular mori, extensive layering is key. However, for casual, the illusion of layers, or minimal layers, are common. Most coordinates have only one or two layers, instead focusing on the silhouette over the layering. 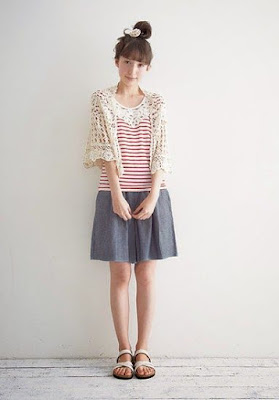 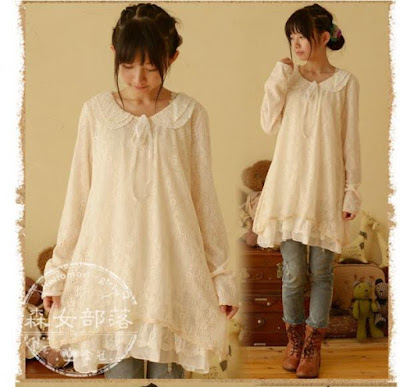 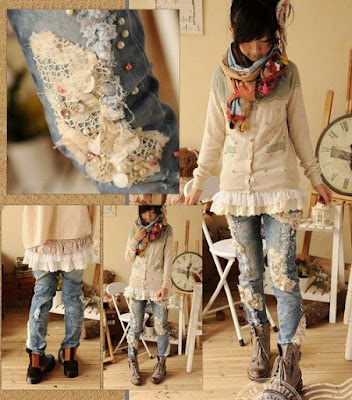 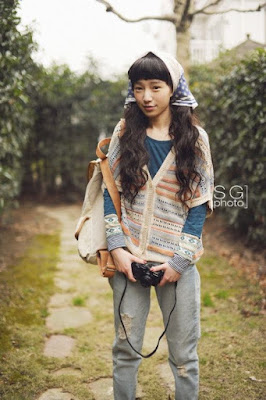 2) Use of mainstream fashion pieces

Although mori kei can occasionally contain mainstream pieces, casual mori makes those pieces the center of any outfit. For example, a t-shirt with a cute nature or nordic print, or the use of your everyday, average sneaker. These things are an easy way to tell casual mori from regular mori. 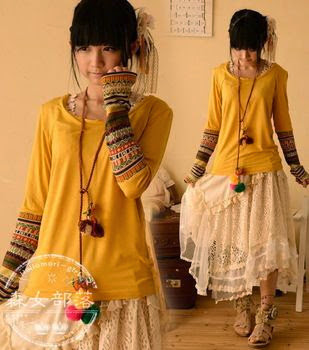 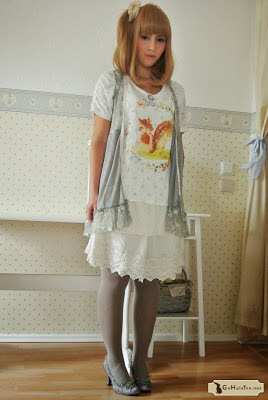 3) Would look normal on the street (most often)

Usually, casual mori doesn't really stand out as a J-fashion, or even as J-fashion inspired. With its toned-down look, fewer layers, and use of mainstream pieces, it could often be considered a more natural version of your everyday wardrobe. Generally, it tends to lean towards vintage and natural looks from the viewpoint of those who have never heard of mori fashion. 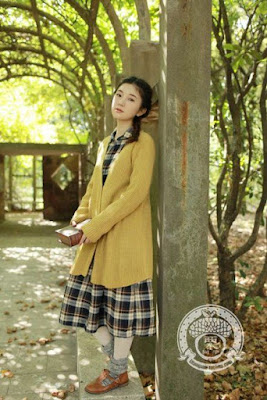 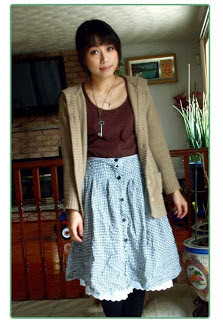 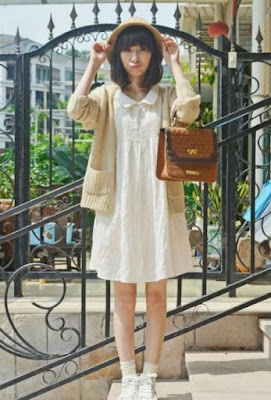 Like with fewer layers, casual mori also has fewer details. Details are still important, but it isn't uncommon to see a casual outfit with only small, sparse details, like buttons, a single scarf, one strip of lace, and so on. Casual mori can of course also have very detailed outfits as well, but as a rule, it tends to lean towards simpler, everyday looks. 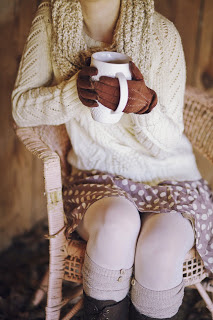 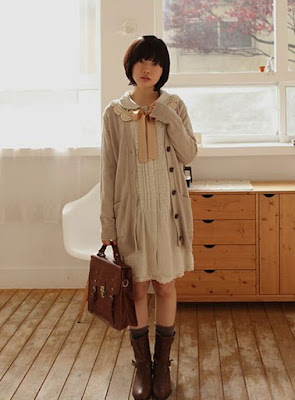 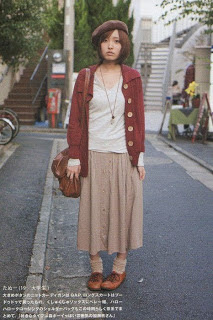 How do I know I'm wearing casual mori?

So now that you know what casual mori is, you may still feel confused if you are indeed wearing casual mori. Don't fret! The answer is exceedingly simple. If what you're wearing resembles the fashion, but you don't quite think it qualifies as full mori kei, then it's casual mori. That's it. There are no rules for casual mori, or even any guidelines, so it is very much up to individual interpretation.

I hope this helps a bit and gives you an idea of what mori inspired and casual mori is. Do you wear casual mori? I often wear it when I don't feel up to creating full coordinates. Until next time, my deers!

Mori Boy
Posted by Kathryn at 6:28 AM