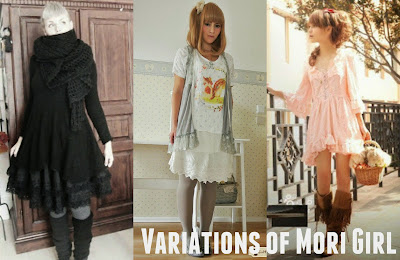 As always, if anyone has any other terms they would like to contribute, or if you make a post of your own ideas, please let me know and I will make a master post to link them all together. And please keep in mind that all these variations have come from my own head, and that they are not officially recognized terms.

Dark Mori is almost the same as regular Mori Girl fashion, and is an already established variation. It usually consists of blacks instead of browns, and sometimes uses small skulls and other "creepy" motiffs. Other popular colors are grays, blues, and sometimes dark browns. Dark Mori can contain hints of almost any kind of variation, but colors are always very dark. I've also seen this variation called "Strega" as well. 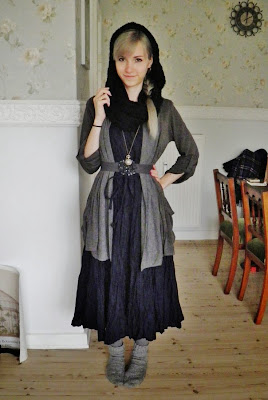 Tales of a Danish Lolita 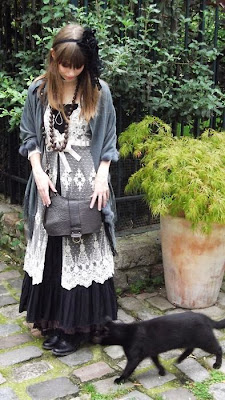 This, like Dark Mori, is an already established variation. Mori Gyaru is basically regular girly Gyaru fashion, but has more natural tones, flower prints, and sometimes more layers. However, skirts remain extra short like in regular Gyaru fashion, the heels are still a must, and it maintains it's "City Girl" look. I enjoy this style, but I often feel like it shouldn't be branded along with Mori Girl. It shares very few similarities fashion wise, and most definitely doesn't carry the lifestyle along with it. 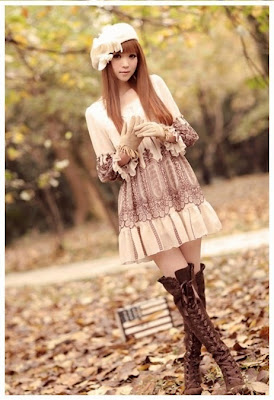 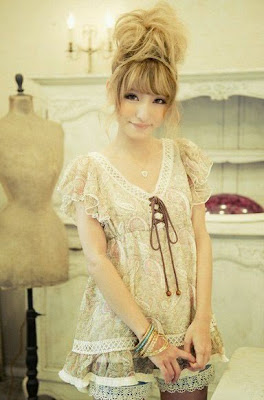 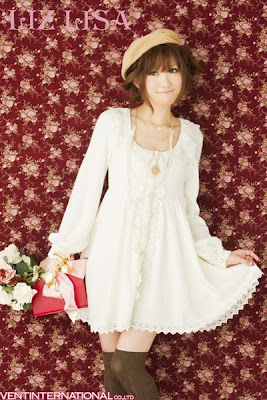 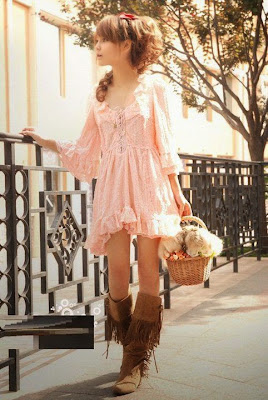 This one is rather loosely grouped. And this could probably be called Street Mori as well, but since I've already used that term, I'll stick with Trendy Mori. I would categorize this variation as "Mori Girl with a hint of any street style, or trendy item." This can mean adding non-mori shoes to your Mori outfit, or a t-shirt instead of a blouse, or even something "Mori inspired". I like to think of this as almost having all the components for an outfit, but not being able to find "whatever item" that you need anywhere in your city. So instead, you just use an everyday item. 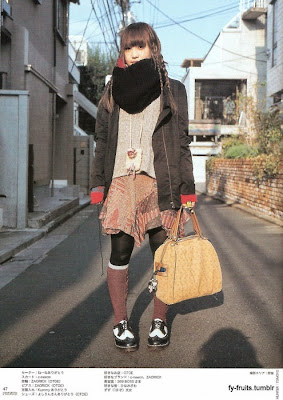 This example has non-Mori shoes. 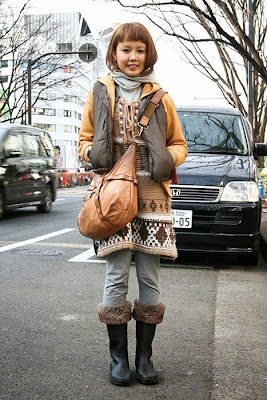 This example is more "Mori Inspired", and features a sports jacket. 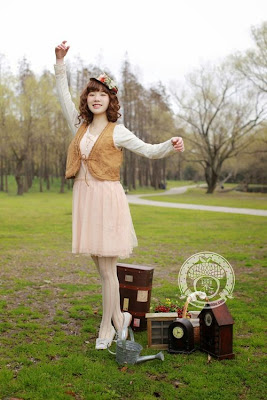 This one features a tulle skirt, which isn't often seen in Mori. (Synthetic fabric.) 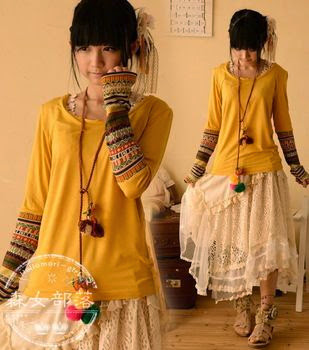 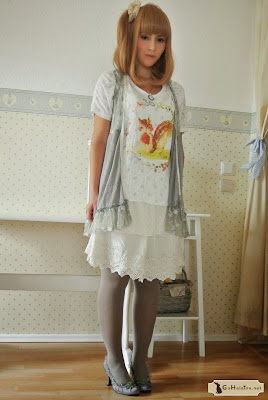 A couple examples with T-shirts.