Almost Mori: What is Hama Kei? 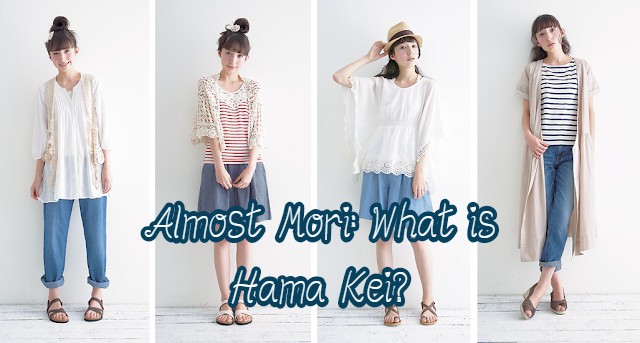 Back in its glory days, mori kei spawned many different sub-styles that grew fairly popular. Even to this day, mori continues to inspire modern fashion styles in Japan, and abroad through its online presence. However, as mori began to decline in popularity, many of these sub-styles slowly became less and less relevant, until many have almost disappeared from the mori community's conscious entirely. This is why I will be creating a series of posts entitled "Almost Mori" here on my blog, taking a look at a few of these styles that are similar to mori, or a sister style to the fashion. And what better way to start off this series of posts than with a summery variation on the mori style: hama kei!

It is probably hard for newcomers to the fashion to believe, but there was once a time the term "hama kei" was almost as well known as mori kei, at least in Japanese fashion circles. Even though it never became quite as popular to wear, it still had a fairly decent sized following and gathered some attention for a short time. Nowadays, it is almost impossible to find any information on the style, making it somewhat of a mystery for newcomers to the community. There are a few resources left on the internet, for instance, there is a great post in Polish discussing hama kei here (if you can't read Polish, I translated it and it worked just fine!) There is also a resource in English by Floralcore here. But generally, this style is rather unknown. Here, I want to outline the basics. So let's start with the center of the style: it's name. 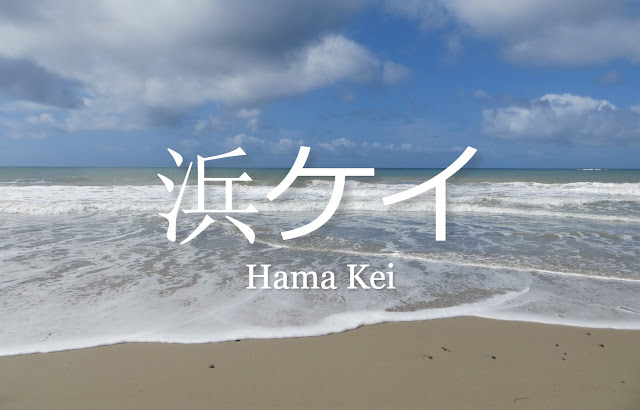 Hama Kei's name comes from the Japanese word "hama" or "浜", meaning "beach" or "seashore", and "kei" or "ケイ", roughly translating to mean fashion or style. Together, they make seashore style, or hama kei. This unique style was created as an offshoot of mori kei, intended to be a version of what a forest girl might look like if she lived along the seashore, instead of in the forest. It was also occasionally called "Umi Kei" (umi being Japanese for ocean), but Hama Kei was the name that ultimately stuck.

Like mori kei, hama kei is intended to be a "natural fashion", or a fashion that mimics the feelings of nature, and tends to have more natural fabrics and colors. Similar to mori, hama kei often consists of flowing layers as well.

What makes hama kei stand out are its beachy themes. For instance, the color palette of hama kei is focused more on blues to represent the ocean, with whites, light greys, and occasionally browns. Outfit coordinates often have a distinctly beachy vibe to them as well, with seashell accessories, or net-like fabrics being popular.


Unlike mori kei, hama kei often can be a much simpler style. Although layers are popular, many hama kei coordinates are much simpler and more lightweight. Which, considering this style is supposed to reflect the lifestyle of someone who lives on the beach, makes sense! Pants and trousers are often much more popular in this style as well, with sandals often being a popular choice for footwear. 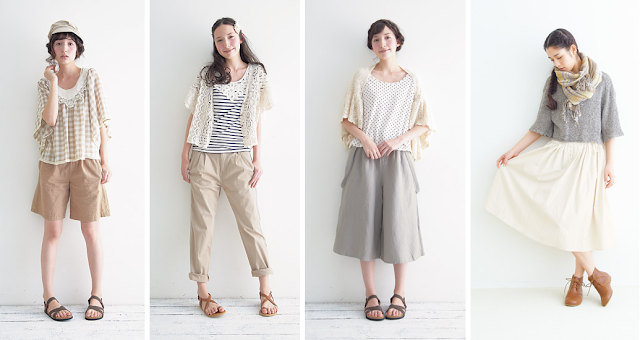 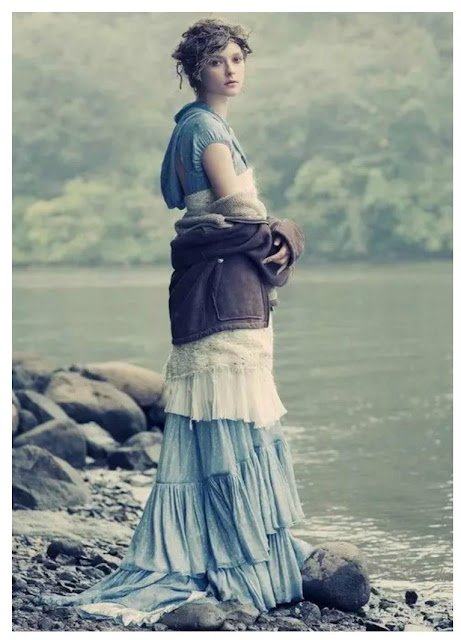 Due to its many similarities to mori, both fashion and aesthetic wise, and because it was created as something inspired by mori, hama kei is considered to be a "sister style" to mori kei. Because the community is, and has been, so small, those who wear hama kei are often considered to be a part of the "mori umbrella" and are often included as being part of the mori community, alongside other natural fashions such as Natural Kei and Yama Kei.

Have you ever heard of hama kei? Would you ever consider wearing it? I hope you enjoyed learning more about a mori sister style!

Stay tuned for more "almost mori posts in the future". Next up, we'll be looking at Yama Kei!

Lagenlook
Posted by Kathryn at 7:55 PM