Almost Mori: What is Yama Kei? 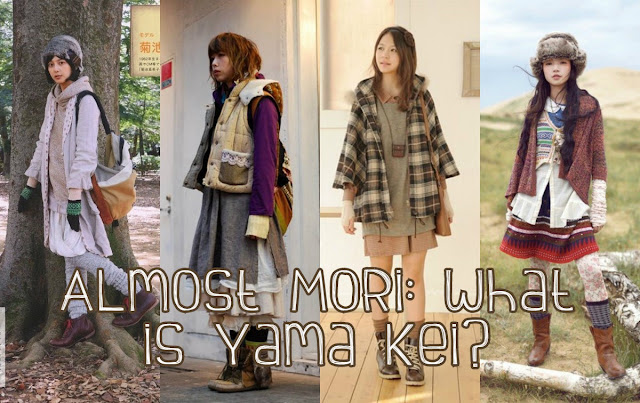 Welcome to the second post in the "almost mori" series! This time we'll be looking at another sister style to mori: yama kei.

Yama kei is another fashion that, although not so well known now, used to be a large name in the natural fashion community and the mori community. Although it was much smaller than mori kei, it was still well known and had a brief time of popularity in Harajuku and abroad. It was even featured in a few magazines in its heyday! There are a few more resources out there still for yama kei, as opposed to hama kei. You can still find a few posts here and there on the style, such as this shorter post here on Yama Kei by the gearcaster, as well as here by Miss Kellie, and here at the Morigirl Blogspot.

With that being said, let's take a look at the name! 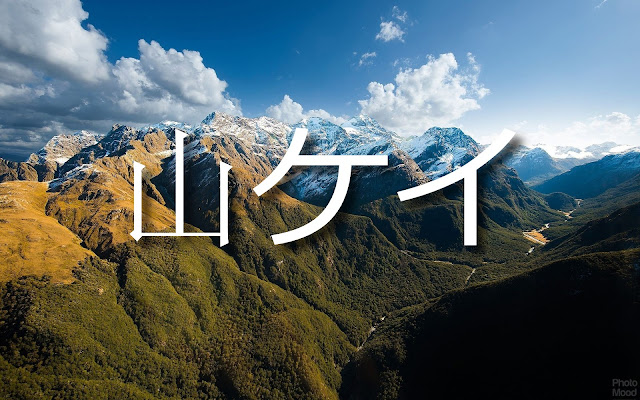 The term yama kei follows the naming pattern of hama kei and mori kei. "Yama" is a Japanese word meaning "mountain", and "kei," once again, roughly translates as fashion. Therefore, this fashion is roughly translated as "mountain fashion." This style is intended to reflect a person who either lives or enjoys activities related to mountains and dresses accordingly.

Similar to hama kei and mori kei, yama kei is again a natural fashion. However, this style takes a unique twist to the idea and adds in sporty clothing of various types. Most often the items that you might see resemble hiking gear, such as bomber vests, hiking boots, and some unnatural fabrics. 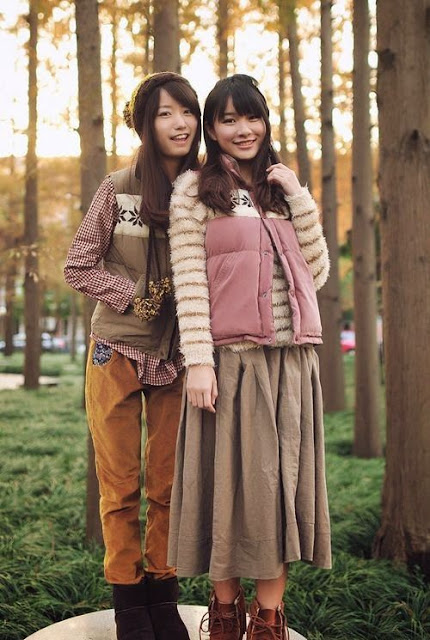 Although this style is unique from mori, it does share some similarities. For instance, layers are a big part of yama kei, just as in mori and hama kei. Natural fabrics are also still stressed, and outfits tend to be mainly comprised of such fabrics. 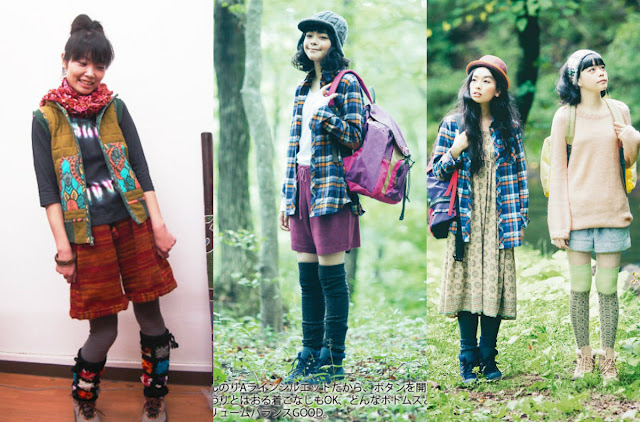 Yama kei does have many unique features though. Most coordinates include brighter colors than average mori fashion, with bright jewel tones, plaid, and folk patterns being popular. As mentioned before, hiking gear such as sneakers or bomber jackets are popular, as well as things like hiking sticks and camping gear. The style is also more prone to pants than mori kei, as it is more practical for hiking, camping, and other activities that might take place on a mountain.

Due to the style being more suitable for outdoor activities, many mori folk wear yama kei when hiking, camping, or engaging in other outdoor activities. However, there are also those who solely wear the fashion by itself, separate entirely from mori kei.

The mori kei aesthetic and the yama kei aesthetic are very similar in a lot of ways. Both aesthetics focus on the forest and being in nature. Where it differs is that the yama kei aesthetic is, firstly, more focused mountains, and secondly, more prone to athletics than mori. Specifically, hiking is popular. However, other activities like camping, fishing, nature walks, and so on are also popular. Any sort of outdoor activity, really! So while a mori girl may enjoy athletics and participate in them, the yama girl has created a fashion that is based around those activities. A yama girl may also be more likely to climb a tree, whereas a mori girl would rather sit underneath that tree and sketch. A yama girl is also probably more likely to get dirty and sweaty, maybe wade across a stream, than a mori girl.

Interestingly enough, the yama kei style actually inspired an anime, known as Yama no Susume (ヤマノススメ). It's a very cute anime, and even has a mori character as well, named Kokona Aoba. It's a shorter anime, and I would recommend it for those interested in yama kei fashion and aesthetic.

Due to its many similarities to mori, both fashion and aesthetic wise, yama kei, like hama kei, is considered to be a sister style to mori. The yama kei community is also very small, making it often absorbed into the "mori umbrella" and is often included as being part of the mori community, alongside other natural fashions such as Natural Kei and, of course, Hama Kei.

Have you ever heard of yama kei? Would you ever consider wearing it? I hope you enjoyed learning more about a mori sister style!

Lagenlook
Posted by Kathryn at 3:23 PM